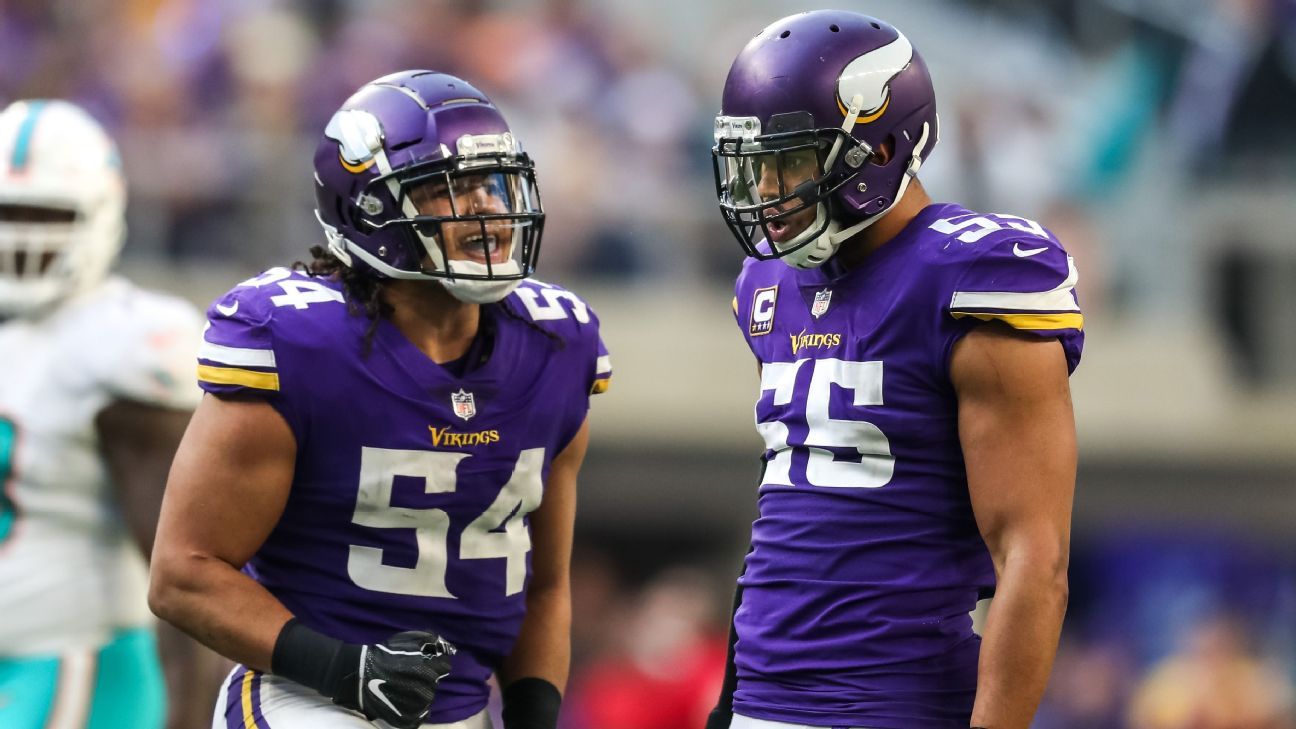 MINNEAPOLIS — A week after George Floyd died while in custody of the Minneapolis Police Department, an incident that sparked mass protests in the Twin Cities and across the nation, two Minnesota Vikings linebackers are speaking out in response to a statement issued by the National Football League.

The league’s statement expressed condolences to the Floyd family; Breonna Taylor, who was shot and killed by Louisville Metro Police Department officers in March; and Ahmaud Arbery, whose February death is being investigated as a federal hate crime.

In the statement, the NFL addressed its commitment to using its platform “in communities and as part of the fabric of American society” and that “we embrace that responsibility and are committed to continuing the important work to address these systemic issues together with our players, clubs and partners.”

“Your statement said nothing,” both tweets read. “Your league is built on black athletes. Vague answers do nothing. Let the players know what you’re ACTUALLY doing. And we know what silence means.”

The two linebackers went on to issue the same series of four tweets encouraging interaction with fans and others on social media to bring ideas to the table for how the Vikings organization can best support the Twin Cities area after last week’s tragic events.

“The Vikings have opened dialogue with players and we’re all working towards solutions with the team,” they said. “… If anyone has suggestions for how to support the city, we’d love to hear them. Our team doesn’t just want to donate — we want to work with local organizations and get out there to help facilitate change. … But we want answers at the league level. That’s where change can happen, and we’ve seen none. Because right now, it seems like nothing. And nothing is unacceptable.

“You can’t bring in people to teach us how we should interact with police but not work towards changing the behavior of the police themselves. Silence will not make this go away.”

The Vikings are discussing methods for how to best support the Twin Cities with cleanup efforts and other charitable causes. Tight end Kyle Rudolph and a handful of other players are organizing a food drive that will take place in the Minneapolis area on Friday.

Rudolph has also been an active member of the Vikings’ social justice committee, which was formed two years ago and aims to provide school supplies and scholarships in low-income communities, work with community organization and juvenile detention centers, provide legal aid and improve relations between law enforcement officers and the areas they serve.