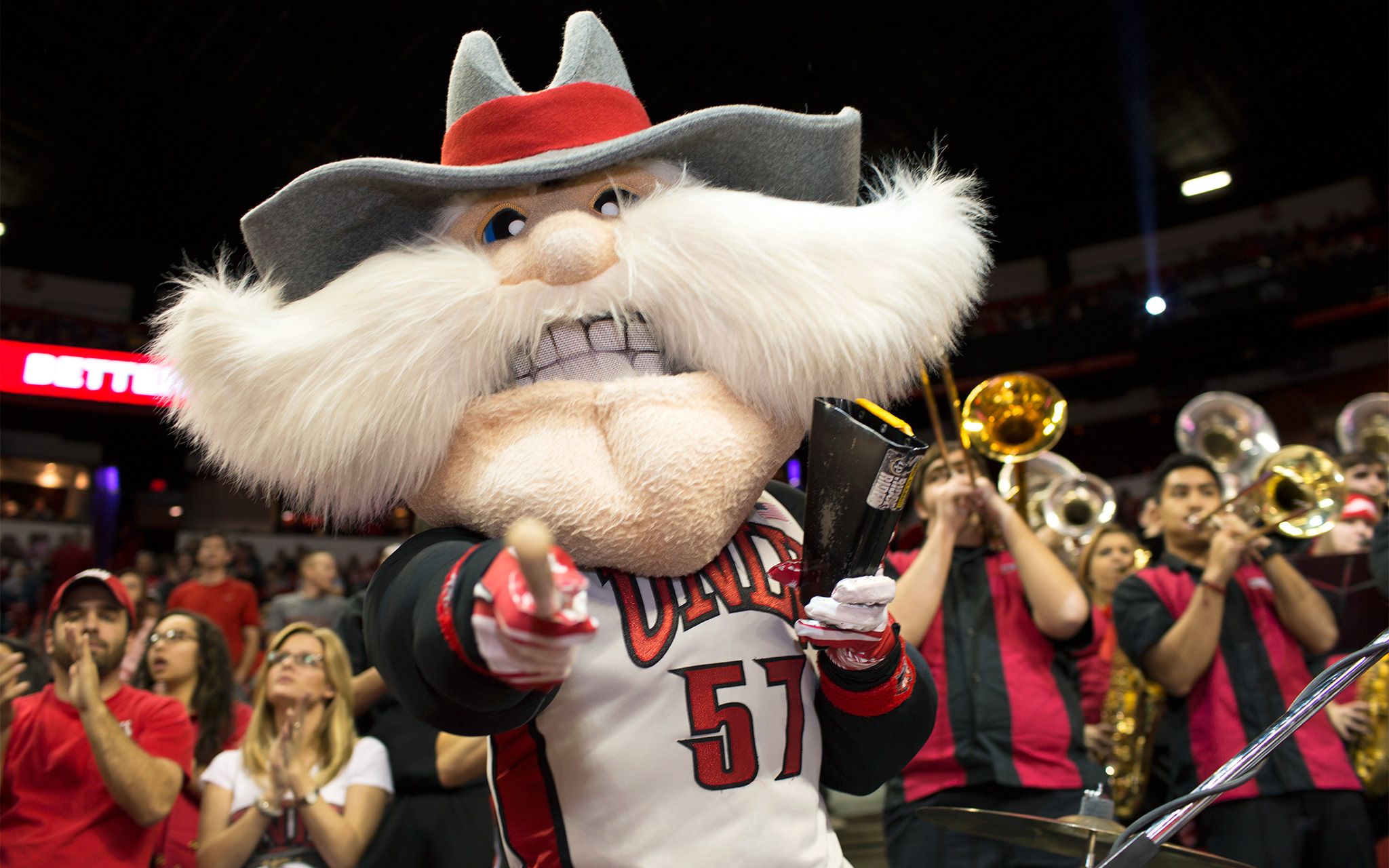 UNLV officials removed the Hey Reb! statue from campus Tuesday night, and UNLV president Marta Meana indicated that changes could be coming to the university’s mascot in the wake of social justice protests around the country.

The Hey Reb! statue stood in front of the Tam Alumni Center. In a letter posted on social media Tuesday, Meana said UNLV officials were returning the statue to its donor.

“In our recent conversations with the donor, we mutually agreed it was best to remove the statue and return it,” Meana wrote. “Over the past few months, I have had discussions with multiple individuals and stakeholder groups from campus and the community on how best the university can move forward given recent events throughout our nation. That includes the future of our mascot.”

(1/3)Message via @UNLV_President on the statue of Hey Reb!: “I wanted to let you know that the Hey Reb! statue in front of the Tam Alumni Center was taken down this evening. In recent conversations with the donor we mutually agreed it was best to remove the statue and return it.”

According to UNLV’s website, the Rebels’ mascot dates to the school’s origin in the mid-1950s, when it was an extension campus of the University of Nevada, Reno.

“[S]tudents and administrators drew the idea for Rebels from the natural rivalry that accompanied the split between what would become UNLV and UNR,” the UNLV website says.

Students created Beauregard, a cartoon wolf with a Confederate uniform, to “rebel against Nevada-Reno and its wolf-pack mascot in the North.” On its website, UNLV acknowledged, “While it was a decision based in rivalry and fun, the choice of a Confederate-themed mascot was nonetheless an unfortunate one.”

In 1976, the student senate voted to banish Beauregard. Six years later, local artist Mike Miller sold the Hey Reb! mascot concept to UNLV for $1. Miller, who died in 2014, said Western trailblazers of the 1800s who ventured into unchartered Nevada to discover resources and build communities inspired his design.

A Change.org petition demanding that UNLV change its Rebels mascot had more than 4,000 signatures on Wednesday morning.

“The ‘Rebel’ is racist and is rooted in a Confederate mythology which has no place on our campus,” the petition says. “The mascot, originally named ‘Beauregard’ after the Confederate general who fired the first shots of the Civil War, presents a public image that runs counter to our core values and UNLV’s mission to become the leading multicultural university in the United States. Having a mascot that is inextricably connected to a failed regime whose single aim was to preserve the institution of slavery is an embarrassment to our campus and to our community.”