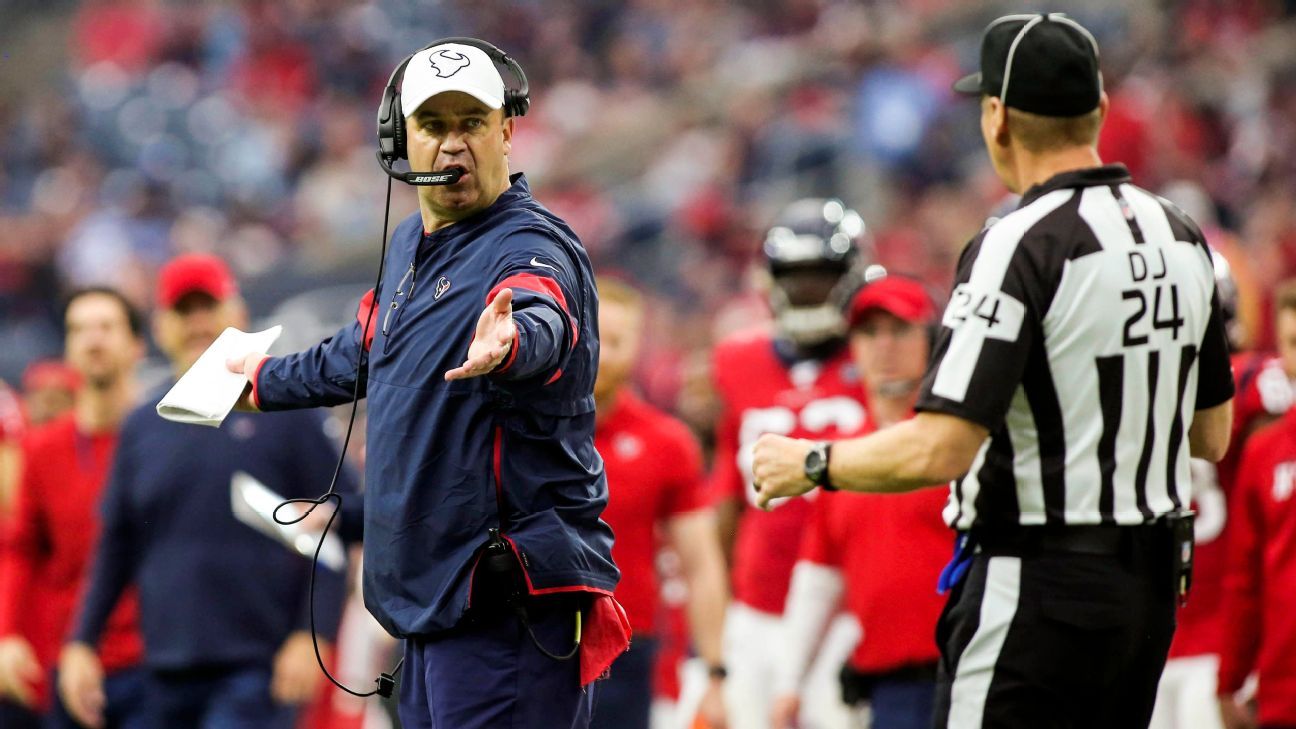 Earlier in the week, O’Brien attended George Floyd’s funeral, along with team owner Cal McNair and several players, including J.J. Watt. Floyd, a 46-year-old black man from Houston, died last month in Minneapolis after Derek Chauvin, a white police officer, kneeled on his neck for more than eight minutes.

Last week, O’Brien spoke at length about Floyd’s death and the state of race relations in the United States, saying, “We all have to stand up and understand that what is going on in this country right now is wrong.”

In 2017, O’Brien was supportive when the majority of Texans players took a knee after then-team owner Bob McNair said in an owners meeting, “We can’t have the inmates running the prison,” in reference to player demonstrations and protests during the national anthem.

“When it comes to the players’ right to express themselves, I’m always for that,” O’Brien said in March 2018. “I think the players in this league, the players on our team, they have educated, intelligent opinions on what’s going on socially in the world.”

O’Brien told the Chronicle he thinks the Texans’ organization — led by the McNair family — is “trying to find ways to fight racial injustice in this country.”

“It wasn’t a conscious effort,” O’Brien told the Chronicle about the Texans’ response to Floyd’s death. “It wasn’t like we had a conversation together and decided to do it. I think we just said enough is enough, and we’ve got to do what’s right. As an organization, we’re part of the conversation, and we want to do our part.”