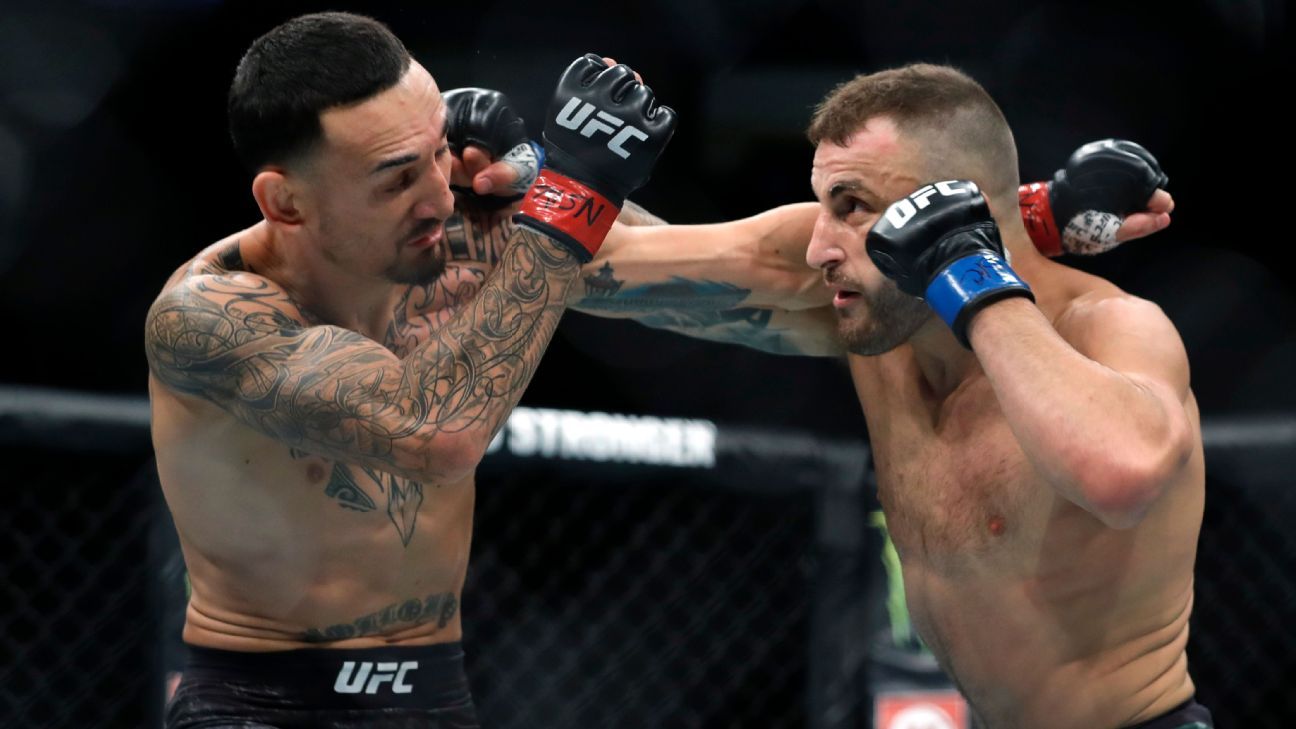 With UFC 250 in the books, the promotion is turning its attention to its next pay-per-view event.

The UFC is targeting Alexander Volkanovski vs. Max Holloway 2 for the featherweight title on July 11, sources told ESPN. The fight, however, isn’t signed yet.

Volkanovski defeated Holloway to win the title in December. Following the win, the Australian underwent surgery on his left hand. The win extended his winning streak to 18 in a row, and the loss snapped Holloway’s 13-fight featherweight winning streak.

Per sources, the promotion has considered featuring multiple title fights on the card. The others in consideration are Petr Yan vs. Jose Aldo for the vacant bantamweight title and a welterweight title defense by champion Kamaru Usman.

The original plan was for Usman to defend the belt against Jorge Masvidal. However, UFC and Masvidal are currently far apart on a deal for the fight, sources say, so the front-runner to replace Masvidal is Gilbert Burns, who defeated Tyron Woodley two weeks ago.

On Monday, Burns tweeted that he is “back in camp.”

All three fights aren’t signed for the UFC 251 card just yet, sources say, but those are the booking plans at the moment. The UFC would like to finalize the top of the card as soon as possible because it is almost a month away.

The current plan is for the event to take place on Fight Island, though the UFC has yet to confirm the location with the competitors.