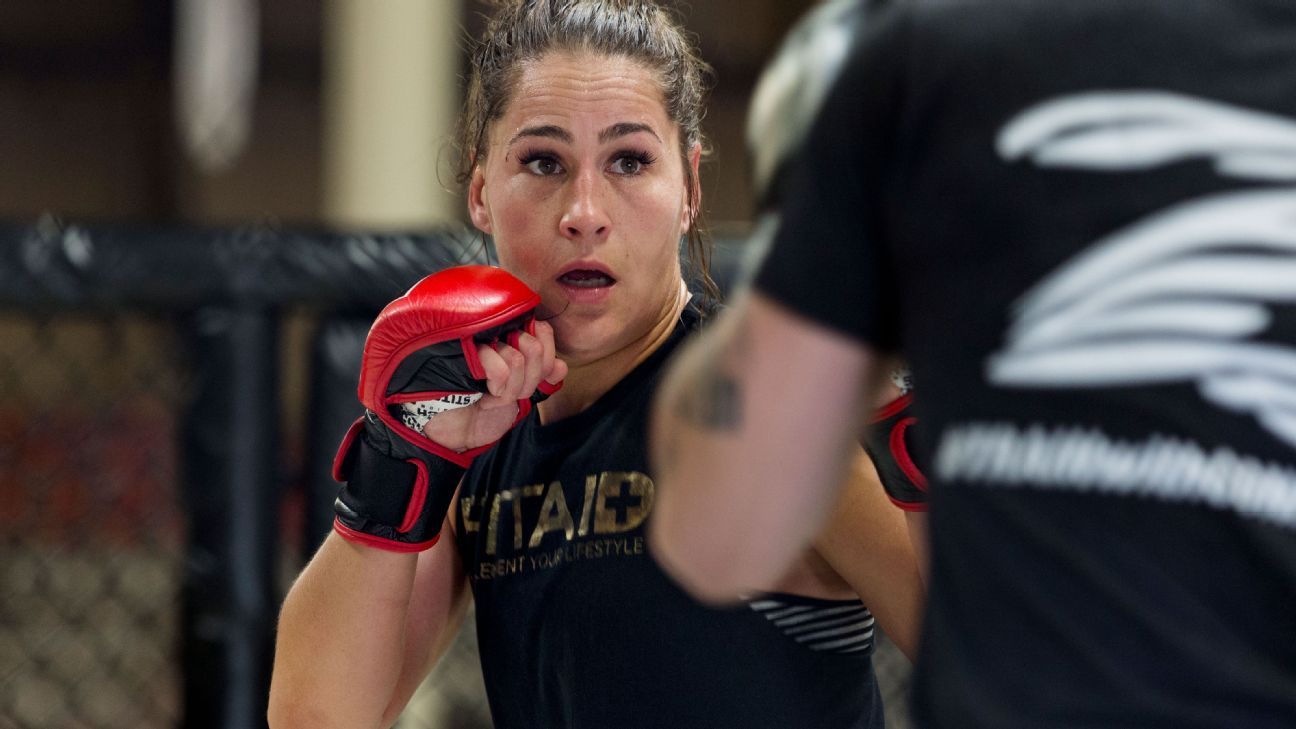 The bout would headline the event, sources said, though a location was not immediately known.

Eye (15-7, 1 NC) is coming off a unanimous decision victory over Viviane Araujo at UFC 245 in December. It was her first fight since she challenged for the flyweight title and suffered a devastating head-kick knockout to champion Valentina Shevchenko at UFC 238 last June.

Eye, who is currently ESPN’s No. 8-ranked women’s flyweight, has won four of her past five fights.

Calvillo (8-1-1) returns to the Octagon after fighting to a majority draw with Marina Rodriguez in December. That bout was fought at a catchweight after Calvillo missed the contracted strawweight limit.

Next Saturday’s UFC card is expected to take place at the company’s Apex facility in Las Vegas. The location is subject to change until Wednesday, when the Nevada State Athletic Commission is scheduled to formally vote on reopening the state to combat sports.

NSAC officials indefinitely suspended all combat sports in mid-March because of the coronavirus pandemic.