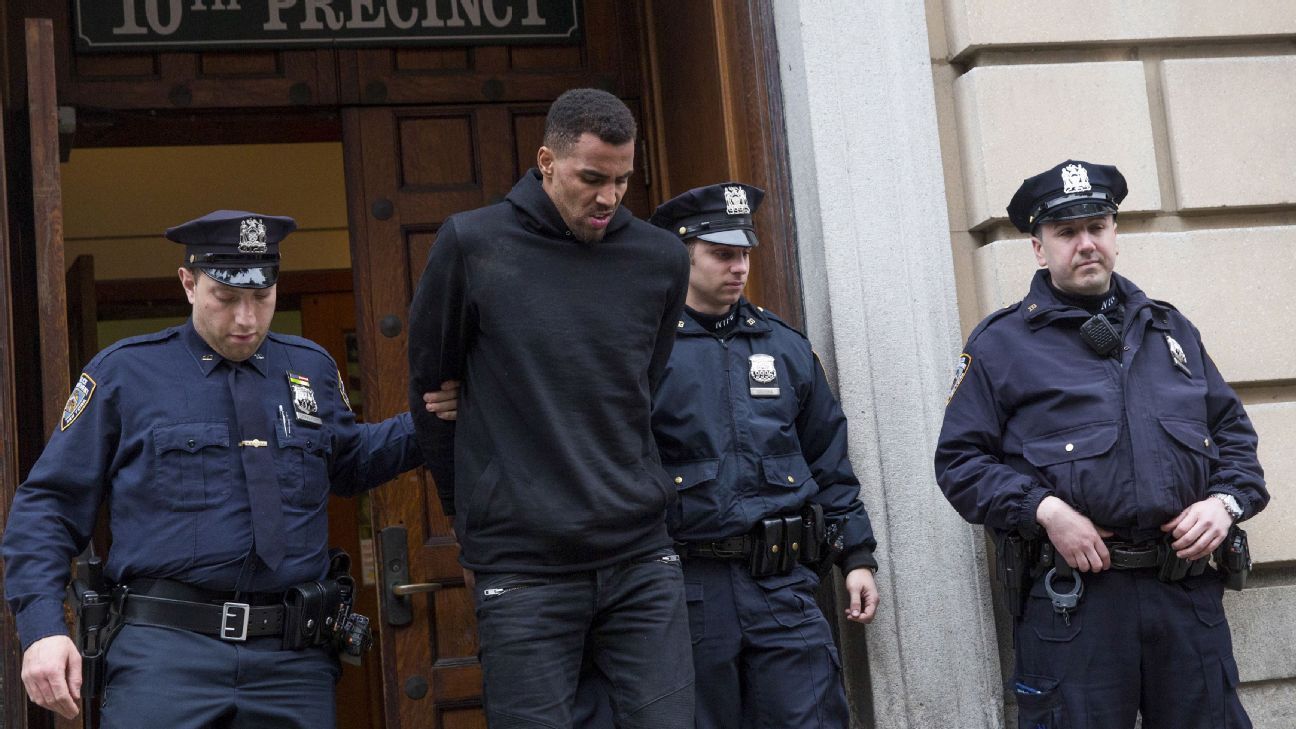 Thabo Sefolosha knows what it’s like to be a black man, on the ground, surrounded by police officers.

Such was the scenario when George Floyd died in Minneapolis last week, and when Sefolosha watched that video, his memories came flooding back.

“I was just horrified by what I saw,” Sefolosha said. “That could have been me.”

Time has not healed all wounds for Sefolosha, the NBA veteran who said he was attacked by a group of New York Police Department officers in April 2015 while they were arresting him outside a nightclub in the city’s Chelsea neighborhood. The leg that was broken in the fracas is fine now. The emotional pain returned last week when he saw video of Floyd, a handcuffed black man who pleaded for air in the final moments of his life as a white police officer — subsequently charged with murder — pressed a knee on his neck.

Sefolosha has not watched much news since. His experience with police in New York has left him with a deep distrust of law enforcement, the pangs of angst flooding back even when he walks into NBA arenas and sees uniformed officers. And the latest example of police brutality left him even more upset.

The four officers who were involved in the incident where Floyd died were fired; the one who knelt on Floyd’s neck, Derek Chauvin, has been charged with third-degree murder and second-degree manslaughter. Massive protests have broken out in several cities in recent days.

Sefolosha — a black man and Swiss citizen who plays for the Houston Rockets — considered but decided against joining protests in Atlanta, where he is waiting for the resumption of the NBA season that was shut down in March because of the coronavirus pandemic.

Sefolosha’s perspective changed forever on April 8, 2015. Chris Copeland, an NBA player at the time, was among three people stabbed outside the club where Sefolosha was that night; police arrived and ordered everyone to leave the area. Sefolosha says he complied but began getting harassed by officers anyway.

Before long, he was on the ground.

Sefolosha’s leg was broken and some ligaments were torn in the fracas, and he was arrested on several charges that a jury needed about 45 minutes to determine were unfounded. He wound up suing for $50 million, alleging his civil rights were violated, settled for $4 million and gave much of that money to a public defenders’ organization working in marginalized communities.

NBA players have used their platforms often in recent years to protest racial inequality. Sterling Brown of the Milwaukee Bucks filed a federal civil rights lawsuit after police used a stun gun on him and arrested him over a parking incident in 2018. On Saturday, Malcolm Brogdon of the Indiana Pacers and Jaylen Brown of the Boston Celtics were among those taking part in Atlanta protests.

“You see what happened in Minnesota where three human beings with a badge are watching another human being killing somebody,” said Sefolosha, who has played in the NBA since 2006 and intends to return to Switzerland when he retires. “And instead of saying, ‘OK, this is my duty as a human being,’ the duty was more toward not interfering with the other officer and saying, ‘We are a clan, we stick together no matter what.’ It should be the other way around.”

The NBA is closing in on finalizing a plan to resume the season in July at the Disney complex near Orlando, Florida. Sefolosha and the Rockets figure to be contenders for a championship when play resumes.

For obvious reasons, Sefolosha’s mind isn’t there yet.