The renders of the Samsung Galaxy Note 20 Plus have been leaked by Onleaks and Pigtou. The phone has curved edges on the sides, and minimal bezels on the forehead and the bottom chin of the display. The punch-hole display design has the cut out placed top-centre. The camera sensors at the back are placed in the top left corner inside a rectangular module. There are three sensors aligned in a vertical line with the periscope lens sitting last. There’s also an additional depth sensor sitting below the flash. 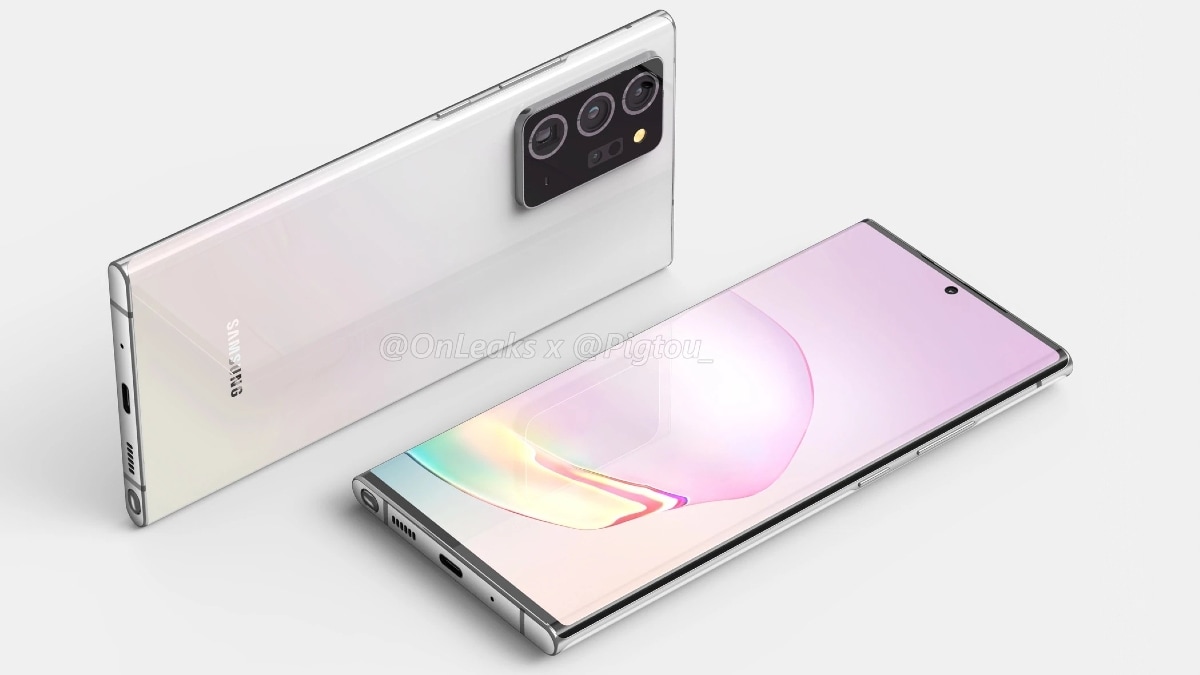 As mentioned, the launch of the Samsung Galaxy Note 20 series is expected to take place in August. There’s expected to be a 120Hz display on the phones, and they should likely be powered by the Snapdragon 865 SoC.

Tasneem Akolawala Tasneem Akolawala is a Senior Reporter for Gadgets 360. Her reporting expertise encompasses smartphones, wearables, apps, social media, and the overall tech industry. She reports out of Mumbai, and also writes about the ups and downs in the Indian telecom sector. Tasneem can be reached on Twitter at @MuteRiot, and leads, tips, and releases can be sent to tasneema@ndtv.com. More