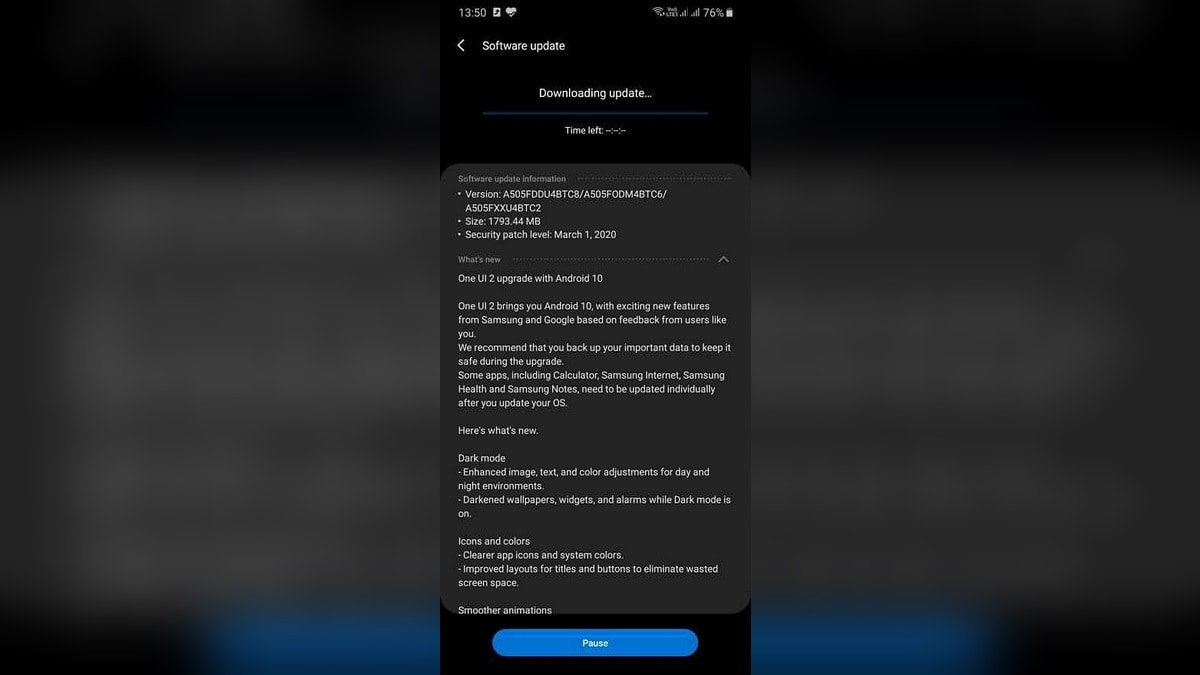 According to a report by SamMobile, the Galaxy A50 in India is receiving firmware version A505FDDU4BTC8, and its size is 1.7GB. It brings several improvements that you expect from the latest version of Android. Galaxy A50 users now get Dark Mode, smoother animations, as well as OneUI 2 improvements to the user interface with clearer app icons and system colours. It brings March 2020 security patch as well. The report also noted that some apps like the Calculator, Samsung Internet, Samsung Health, and Samsung Notes will have to be updated individually.

To check if you have received the update, go to Settings > System update and if you see the update here, tap on Download and install. If you don’t see any update, it should reach you in the coming days.

The original Android 10 update for Galaxy A50 users in India came with the February 2020 security patch and the users who had updated their phones then are also now reportedly receiving a 150MB update with bug fixes.

The Samsung Galaxy A50 launched back in February of 2019 with Android 9 Pie with OneUI on top. The phone is powered by the octa-core Exynos 9610 SoC with up to 6GB of RAM and 64GB of onboard storage. It has a triple rear camera setup and a notch for the selfie camera.