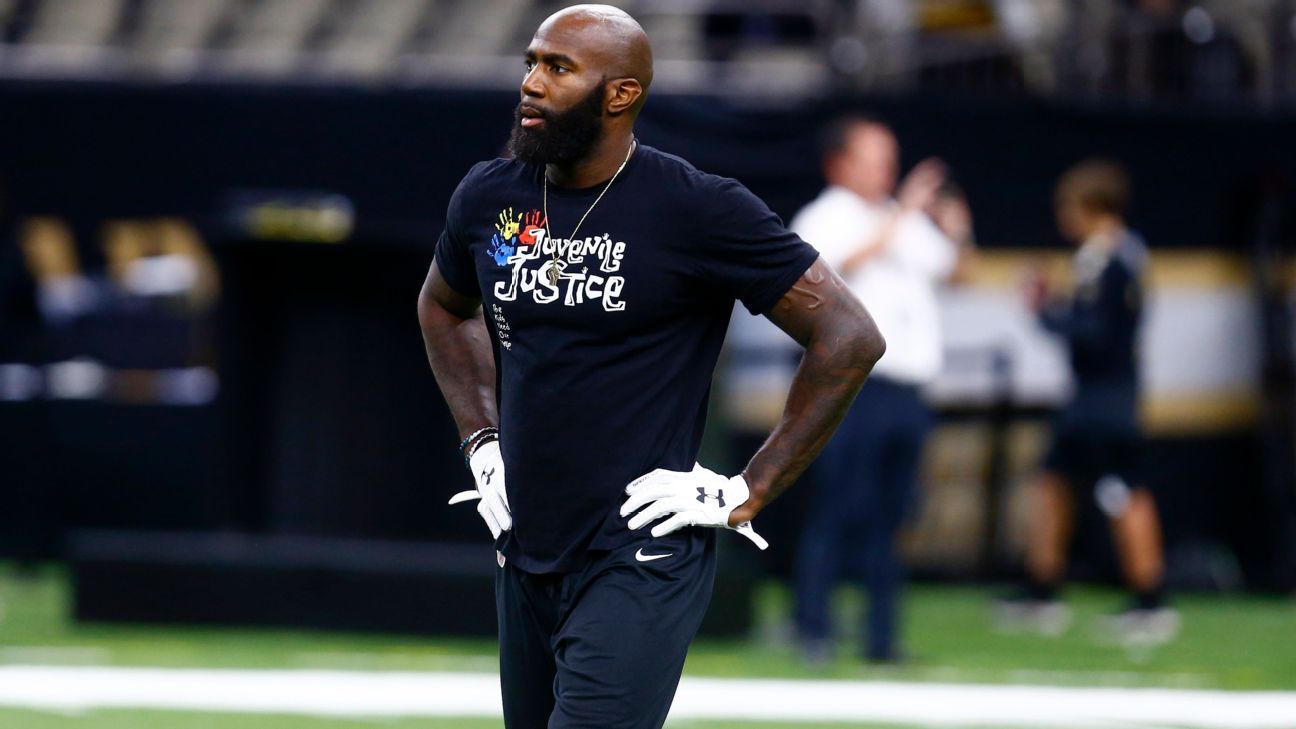 New Orleans Saints safety Malcolm Jenkins, a co-founder of the Players Coalition and prominent activist for social justice and racial equality, urged athletes, coaches and media “to do our part to make this country better” during Sunday night’s ESPYS broadcast, calling the events of the past month “a tipping point.”

“There’s no going back, there’s no inching forward,” Jenkins said during the awards show, held virtually due to the coronavirus pandemic, as footage rolled of a recent Black Lives Matter protest in Los Angeles. “The time is now.”

Jenkins said the deaths of Alton Sterling and Philando Castile in 2016 left him feeling “hurt,” “defeated” and “confused” about what he wanted to do next. He said he found inspiration from watching LeBron James, Dwyane Wade, Carmelo Anthony and Chris Paul at the 2016 ESPYS challenge athletes and entertainers to use their platform to unify this country and also call out injustice.

“The next day, I jumped into action,” Jenkins said. “Unfortunately, only a fraction of us answered that call. But history has shown us the impact that only a few voices can make.”

“I don’t know what more we, as a sports community, need to see than a white police officer kneeling on George Floyd’s neck and ripping his life from him, and having to see that for eight minutes and 46 seconds was heart-wrenching,” Muhammad said.

While it was the death of Floyd in Minneapolis on May 25 that sparked weeks of protests — many still ongoing — across the country, Mitchell noted that “too often we forget about black women like Breonna Taylor.”

Taylor, who would have turned 27 on June 5, was shot eight times in her Louisville home by police officers serving a no-knock warrant in connection with a suspect who did not live there.

“We call on our white counterparts to use their voices and talk about real change and how they will make it happen,” Mitchell said.

Kerr pledged “to educate people that kneeling in protest never has been, and never will be, about disrespecting the flag or the men and women who serve our country,” while Cuban said he would “create equitable ways for black and brown business owners to gain access to capital.”

Together, the group said in sequence, “I will continue to use my platform to speak out and dismantle systemic racism that black Americans have faced for over 400 years.”

“Our country’s work is not anywhere close to done,” Wilson said. “We need justice. We need true leadership. We need a change. And we need it now. I look at my children and I pray for a better future. … The only thing that must die is racism. Black lives matter. So where do we go from here?”

He encouraged his white teammates and friends to assist in leading the fight against racism and inequality, adding, “Don’t just listen, help.”

Rapinoe spoke to the importance of keeping “this dialogue going and this energy alive.”

Bird followed, asking, “Do black lives matter to you when they’re not throwing touchdowns, grabbing rebounds, serving aces?” The WNBA star reminded that when sports do return in the wake of the coronavirus pandemic, “our return must be part of the fight for justice.”