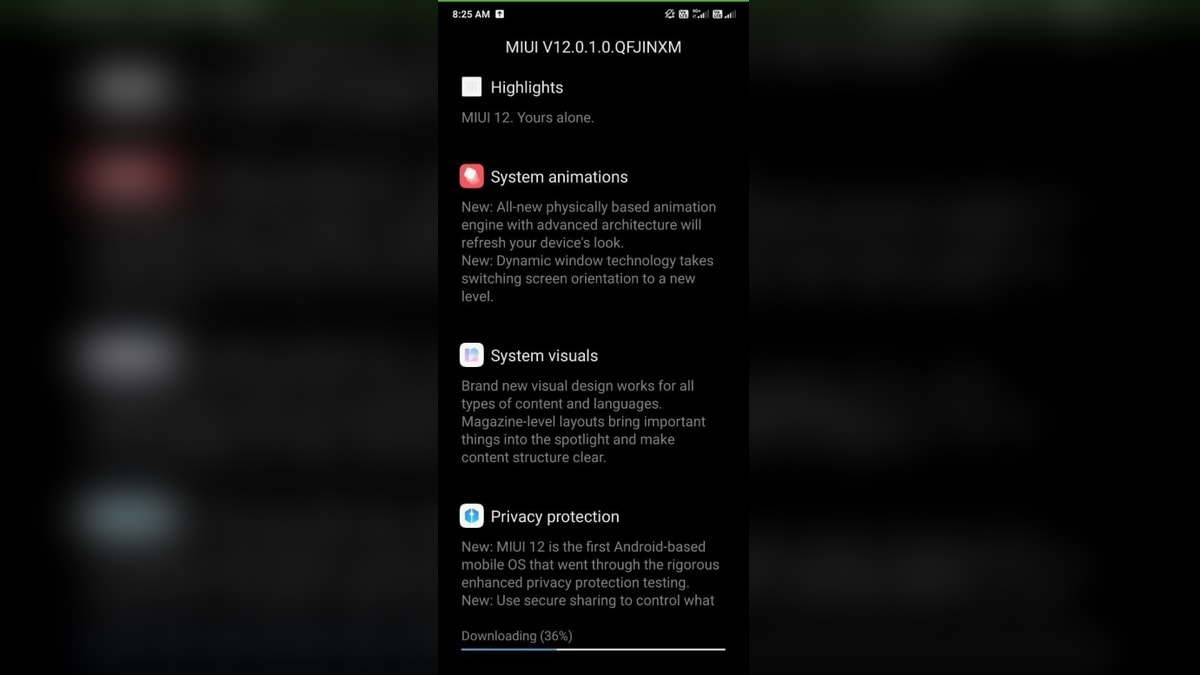 Redmi K20 MIUI 12 update has started rolling out in India, Xiaomi has confirmed to Gadgets 360. The Global MIUI 12 update has started rolling out in a phased manner and the company is working on releasing the update for other phones as well. Redmi K20 users are reporting that they are receiving the update, as per the Mi community forum. The MIUI 12 update comes as V12.0.1.0.QFJINXM for the Redmi K20 and brings a host of new features that we know are part of MIUI 12. According to the changelog shared on the forum, it comes with three major changes that have been categorised as ‘System animations’, ‘System visuals’, and ‘Privacy protection’.

As shared by multiple users on the Mi community forum, Redmi K20 is getting version V12.0.1.0.QFJINXM with an over-the-air (OTA) update. MIUI 12 brings a host of new features both in terms of aesthetics and functionality. As per the changelog shared by one of the forum members, the Redmi K20 users get new system animations, system visuals, and privacy protection that Xiaomi first shared when it revealed MIUI 12 back in April. The changelog states MIUI 12 for the Redmi K20 brings all-new physically based animation engine with dynamic window technology, a brand new visual design that works for all types of content and languages. It also states that MIUI 12 is the first Android-based mobile OS that has gone through “rigorous enhanced privacy protection testing”.

The update is 873MB in size and should be available to all Redmi K20 users in the coming days. The update should show up in the notifications section, but you can head to Settings > About phone > System update and then select Check for update. Xiaomi had earlier shared that the Redmi K20 series and the Mi 9 series will be the first to get MIUI 12. Now, the company has confirmed the phased rollout for the Redmi K20 – this means not all Redmi K20 users will get the update right away and those who don’t might have to wait a few days. The company also stated that it is working on releasing MIUI 12 for other phones as well.

Besides the details mentioned in the changelog, MIUI 12 also brings several other features and improvements to the OS. There are many graphics and visuals complimenting the text, Android 10-like navigation gestures, an upgraded Dark Mode, addition of an App Drawer, and an Ultra Battery Saver mode. There are also several privacy features as well including enhanced control over app permissions. Redmi K20 users, and others who receive the update in the coming weeks, can expect these features in MIUI 12.

OnePlus 8 vs Mi 10 5G: Which Is the Best ‘Value Flagship’ Phone in India? We discussed this on Orbital, our weekly technology podcast, which you can subscribe to via Apple Podcasts or RSS, download the episode, or just hit the play button below.