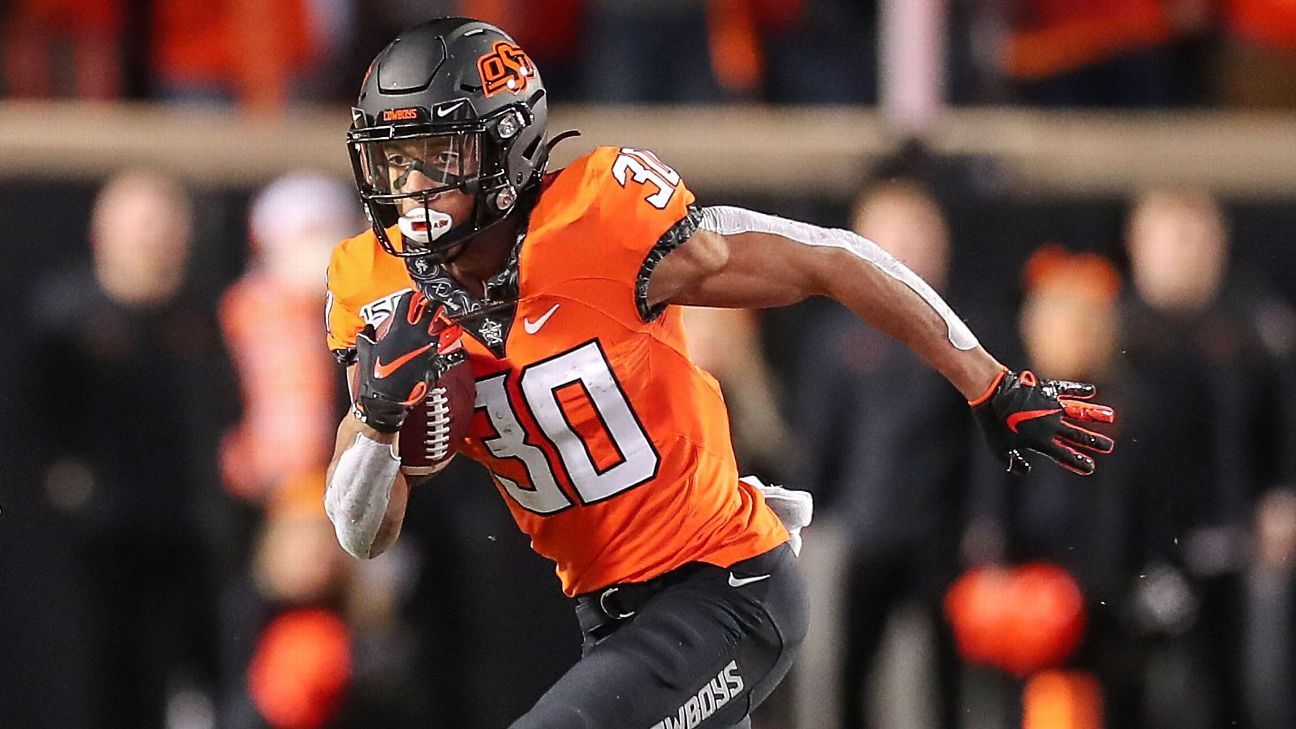 Chuba Hubbard, the nation’s leading rusher last season, tweeted Monday that he “will not be doing anything with Oklahoma State until things CHANGE,” in response to a photo of coach Mike Gundy wearing an OAN T-shirt.

“I will not stand for this,” Hubbard posted. “This is completely insensitive to everything going on in society, and it’s unacceptable.”

I will not stand for this.. This is completely insensitive to everything going on in society, and it’s unacceptable. I will not be doing anything with Oklahoma State until things CHANGE. https://t.co/psxPn4Khoq

The photo of Gundy was posted on Facebook and shared on Twitter by CBS Sports writer Kyle Boone.

Hubbard, a junior from Alberta, Canada, rushed for 2,094 yards last year and was a first-team All-American and the Big 12 Offensive Player of the Year.

As an O-line we stand and support Chuba https://t.co/5zau9yTpCF

I stand with him! https://t.co/WWOs2ALxml

Not long after, former Oklahoma State players Justice Hill of the Baltimore Ravens and A.J. Green of the Cleveland Browns followed suit.

An Oklahoma State spokesperson said Monday the school had no comment.

While talking about the coronavirus during an April news conference, Gundy expressed displeasure with the “mainstream media,” saying that he watches One America News because “they just report the news” without commentary.

“People are getting the virus, they’re getting over it, they’re back out there in public, they have antibodies that can help fight it,” he said. “It’s truly interesting to me to see what the mainstream media, sadly enough just how negative everybody can be. Let’s just report the news. Let’s start putting things in there that are positive, because I know there’s positives out there.”

He later issued a statement saying, “I have been made aware that comments from my press conference have offended some. It was never my intention to offend anyone and I apologize. My first priority is and will always be the student-athletes and doing what is best for the program and the university.”