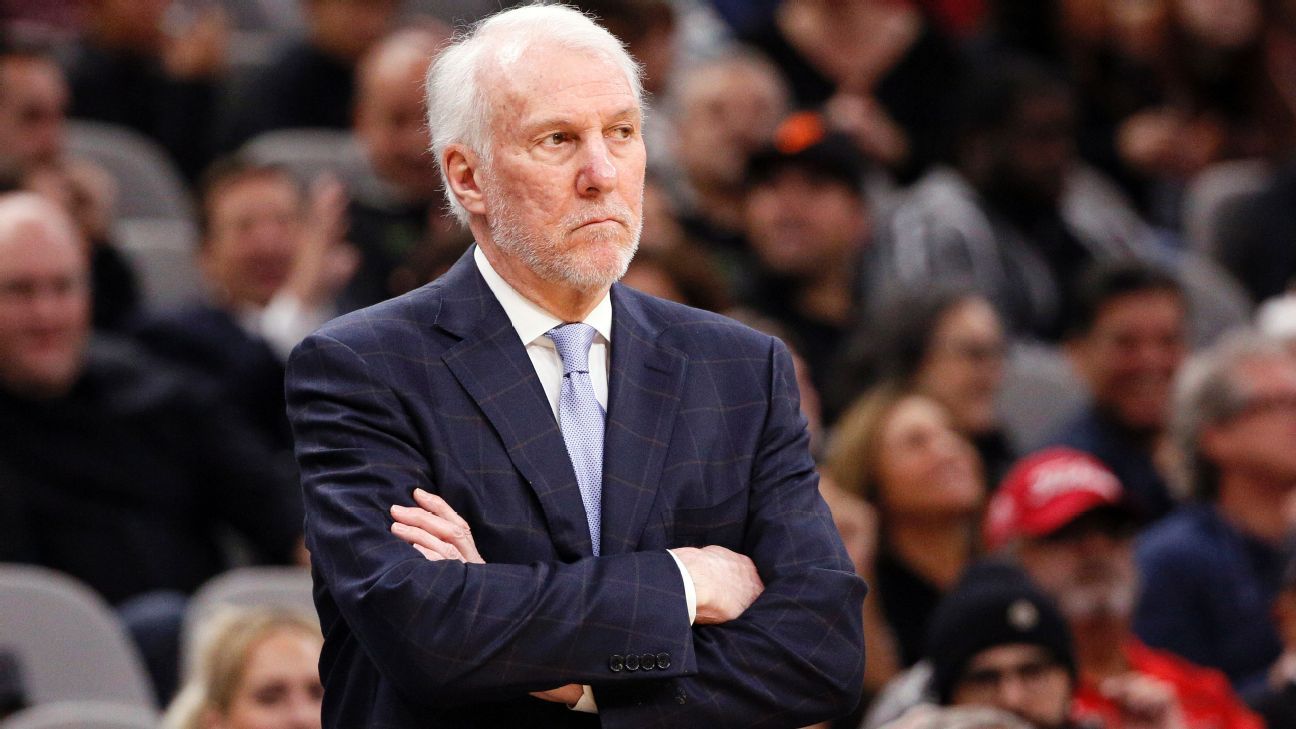 San Antonio Spurs coach Gregg Popovich criticized NFL commissioner Roger Goodell for caving to Donald Trump in the past on the issue of player protests during the national anthem.

“A smart man is running the NFL and he didn’t understand the difference between the flag and what makes the country great — all the people who fought to allow [Colin] Kaepernick to have the right to kneel for justice,” Popovich told The New York Times in a column by Maureen Dowd posted Saturday. “The flag is irrelevant. It’s just a symbol that people glom onto for political reasons …”

He added that Goodell “got intimidated when Trump jumped on the kneeling [and] he folded.”

Popovich has been an outspoken critic of the president and has been vocal in condemning racial injustice in the United States following the death of George Floyd in police custody last month. Earlier this month, Popovich said the “country is in trouble” in a video released by the Spurs.

He also took aim at the seven NFL owners who donated $1 million each to Trump’s inaugural campaign in 2016.

“It’s just hypocritical,” he told the newspaper. “It’s incongruent. It doesn’t make sense. People aren’t blind. Do you go to your staff and your players and talk about injustices and democracy and how to protest? I don’t get it. I think they put themselves in a position that’s untenable.”

On June 5, Goodell released a video saying he was listening to players and encouraged them to “peacefully protest.” Kaepernick, who began kneeling for the national anthem in 2016, was not mentioned by name in Goodell’s video. Trump responded to Goodell two days later, questioning the commissioner’s statement on Twitter.

Several players, both black and white, have indicated they plan to kneel for the national anthem this season to protest racial injustice.