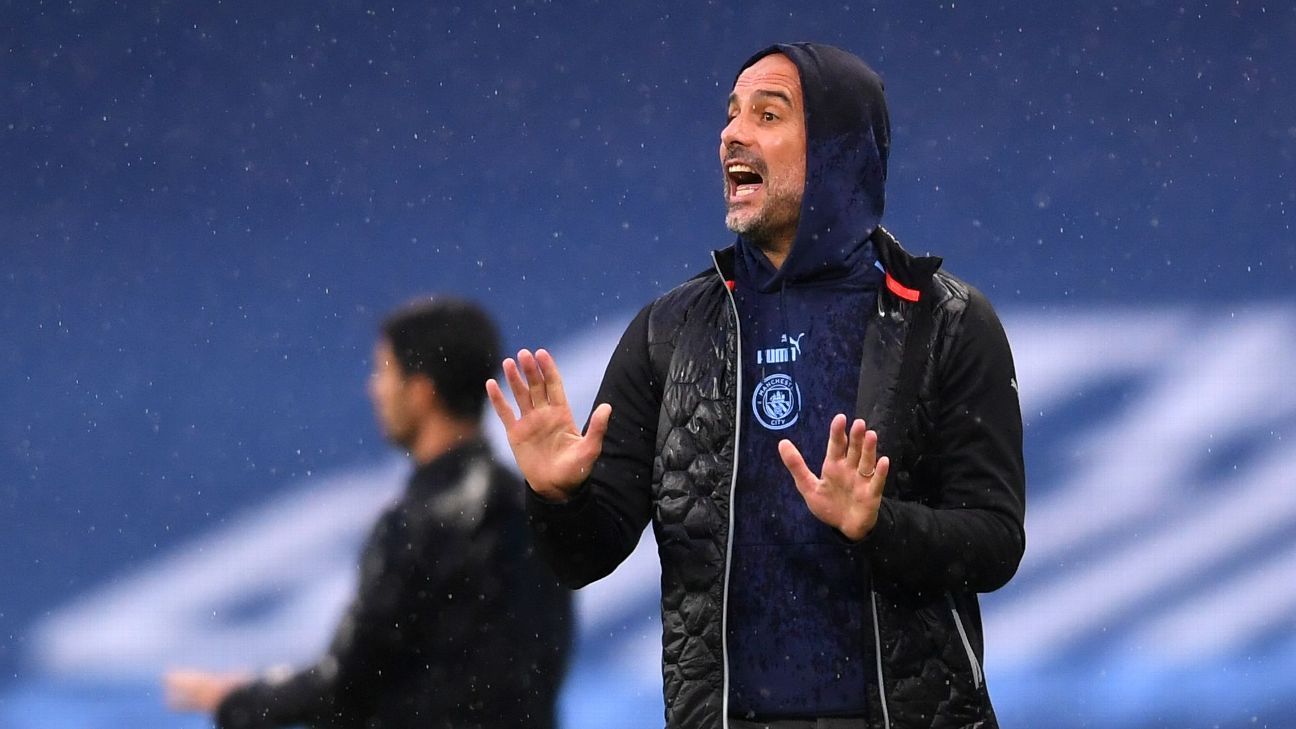 Manchester City manager Pep Guardiola said Wednesday that white people should be “embarrassed and ashamed” for their treatment of black people after watching players from his team and Arsenal recognise the Black Lives Matter movement by taking a knee prior to the Premier League game at the Etihad.

City’s 3-0 win, which followed Aston Villa’s 0-0 draw against Sheffield United earlier in the day, marked the return of Premier League football, 100 days after it had been suspended because of the coronavirus pandemic.

The two games saw players take a knee prior to kick-off and also wear “Black Lives Matter” on the back of their shirts after the #PlayersTogether group of captains successfully lobbied the Premier League for permission to make the two statements.

And speaking after the game, Guardiola spoke strongly about his belief that much more must be done to ensure equality and inclusion.

“White people should apologise for the way we treated black people in the last 400 years,” he said.

“I feel ashamed for what we have done for black people around the world, not just America — the problem is everywhere.”

Teams will wear a Black Lives Matter patch for the remainder of the 2019-20 season in a show of support for racial justice following the May 25 killing of George Floyd, a black man, who died after Derek Chauvin, a white police officer, kneeled on his neck for more than eight minutes in Minneapolis. Floyd’s death has spurred demonstrations against racial injustice around the world.

“How people can think they are different? All the gestures are good and positive. Everything we can do to make it conscious. It is not acceptable. We have to do a lot of things for the black people which we have not done so far.”

Raheem Sterling, the City and England winger, has repeatedly called for greater equality in recent months, and the former Liverpool player said that taking a knee and wearing the BLM slogan was a huge message from the Premier League and its players.

“I see it as a massive step for the Premier League to allow something like that to happen, and it shows we’re going in the right direction,” he said. “Little by little, we’re seeing change. It was natural; it was organic.

“We saw the teams do it in the earlier kick-off and thought it was something we had to do, as well.”