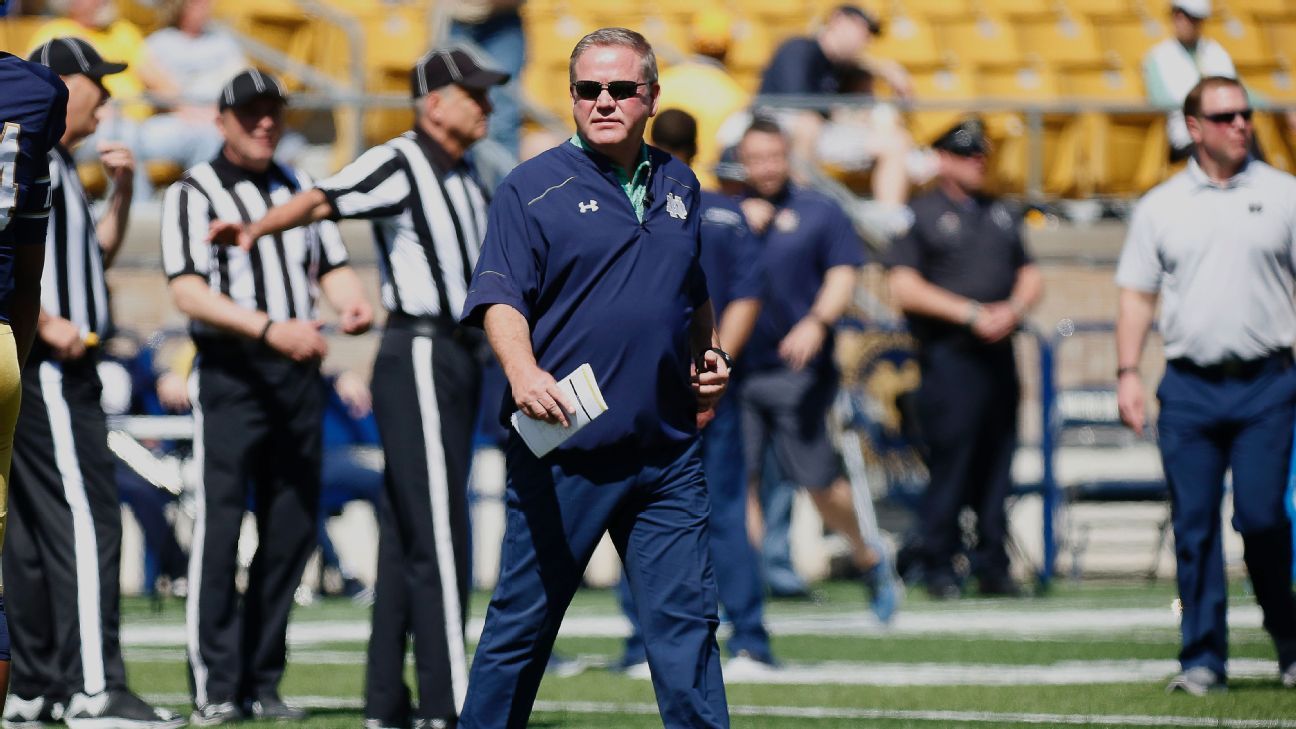 The NCAA Division I Council on Wednesday approved a six-week practice plan for football that begins in July and will transition teams from the current voluntary workouts amid the coronavirus pandemic to the typical mandatory meetings and preseason camps to prepare for the 2020 season.

The NCAA also voted to waive the preseason limit of 110 athletes, according to West Virginia athletic director Shane Lyons, who is the chair of the NCAA Football Oversight Committee. Lyons said it will be left to the discretion of each institution how many athletes it has at camp.

Including walk-ons, most football teams have anywhere from 120 to 130 players, but during the typical four-week preseason that begins in August, teams have been allowed to have only 110 players return to camp. The NCAA waived that rule this summer so that any additional athletes who returned to campus for summer conditioning, walk-throughs and meetings didn’t have to go home again.

“Let’s say you have 120 working out, and then all of a sudden, you have to send 10 kids home for two weeks, and then they come back, you have testing issues and a bunch of other things,” Lyons said. “This is the year you want to keep them in this kind of a bubble, as opposed to sending them back out into their own communities.”

Lyons said this change could also help teams with depth issues if there are multiple absences because of positive tests.

“You may need those numbers to conduct practices,” he said, “so that was part of the discussion as well, having the flexibility this year in case you do have some student-athletes who test positive who are out.”

Lyons said the NCAA’s approval went “smoothly,” as he expected.

“I believe the discussions we had previously and buttoned it up pretty tight with the conference offices in collaboration with the student-athletes so that when we presented it, there weren’t any issues, and it went really smoothly,” he said.

The NCAA plan, which was finalized by the Football Oversight Committee last week after months of discussion, is the sport’s first official timeline during what has otherwise been a period of historic uncertainty. It’s a unified plan for what remains a state-by-state reopening, and it will allow coaches to interact with their players for the first time since college athletics shut down in mid-March because of the coronavirus pandemic.

“It was a matter of getting everyone to be able to [shake] hands and say this was the best model we could all agree upon as we move forward,” Lyons told ESPN on Monday. “… It wasn’t something that was put together in a matter of a couple of meetings and thrown out there. There was a lot of discussion, and I think we landed in a very good spot.”

Schools that open the season on Aug. 29 will begin required workouts July 6.

The biggest change is the addition of two weeks leading up to preseason camp, referred to as “enhanced summer access,” which will be dedicated to weight training, conditioning, film review, walk-throughs and meetings.

Players will be allowed up to 20 hours of countable athletically related activities per week, including up to one hour each day for a walk-through. The players won’t be allowed to wear helmets or pads during walk-throughs, but they can use a football.

“It’s really just more of an opportunity from an evaluation standpoint in terms of their conditioning, so we have this ramp-up going into preseason,” said Todd Berry, executive director of the American Football Coaches Association. “And then secondarily, student-athletes and coaches are anxious to start talking some football, and we thought even from a psychological standpoint, it would be very beneficial. The walk-throughs give an opportunity not to just get a visual but actually participate.”

Berry said he expects that most team and position meetings will remain virtual to avoid the spread of the coronavirus indoors and in confined meeting rooms. Teams will be allowed up to one hour per day for meetings.

Notre Dame coach Brian Kelly said these two weeks are the equivalent of spring installation, which many teams missed, so it isn’t the time to be making depth chart decisions.

“Those two weeks, with a football, there won’t be an opportunity to see the skills on display,” Kelly said. “You’re going to have to get into football-related activities and movement, and for us, that doesn’t happen until the seventh of August.”