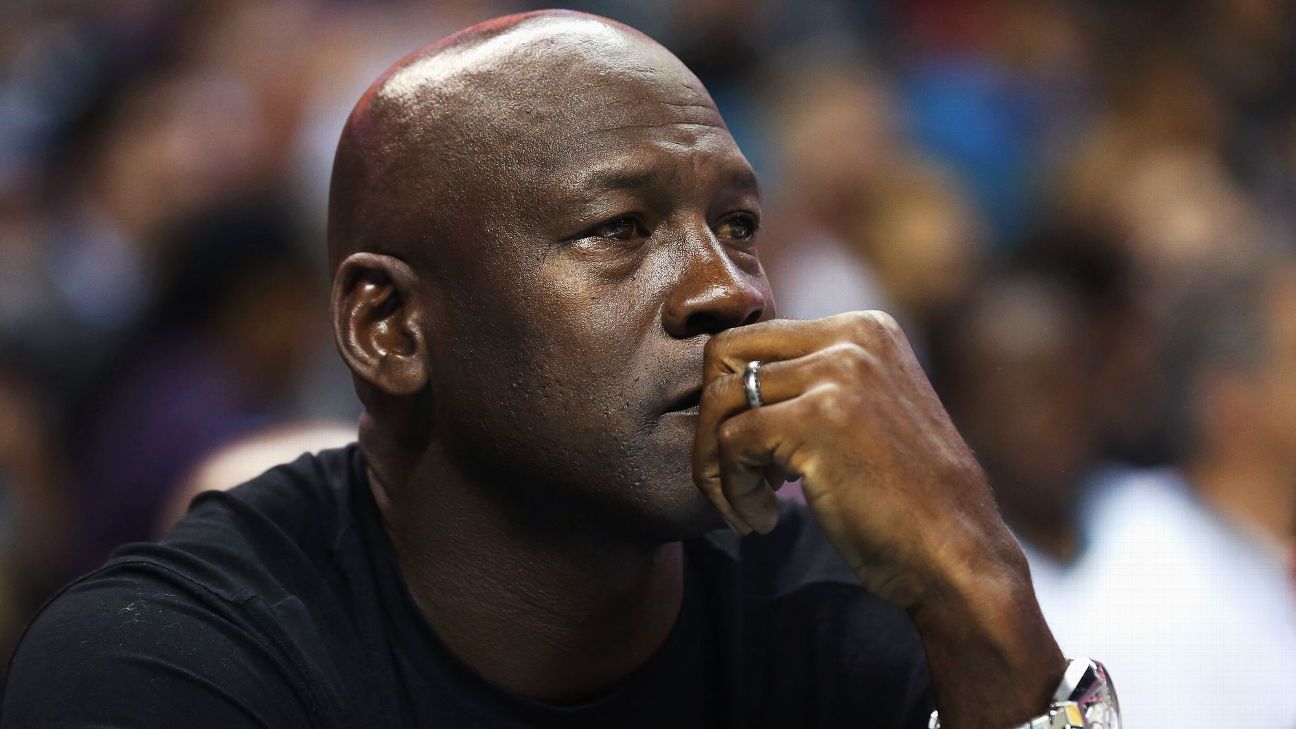 Charlotte Hornets owner and Chicago Bulls legend Michael Jordan joined the chorus of athletes, coaches and executives expressing their grief and outrage over the death of George Floyd.

“I am deeply saddened, truly pained and plain angry,” Jordan said in a statement Sunday. “… I stand with those who are calling out the ingrained racism and violence toward people of color in our country. We have had enough.”

Floyd, a black man, died last week in Minneapolis after Derek Chauvin, a white police officer, kneeled on his neck for more than eight minutes. Floyd’s death has sparked protests in cities across the United States.

“I don’t have the answers, but our collective voices show strength and the inability to be divided by others,” Jordan said. “We must listen to each other, show compassion and empathy and never turn our backs on senseless brutality. We need to continue peaceful expressions against injustice and demand accountability. Our unified voice needs to put pressure on our leaders to change our laws, or else we need to use our vote to create systemic change. Every one of us needs to be part of the solution, and we must work together to ensure justice for all.”

“We have allowed too many tragedies to pass in vain,” Rivers said in a statement. “This isn’t an African-American issue. This is a human issue. Our society must start getting comfortable with the uncomfortable conversation and do the right thing. Silence and inactivity are not acceptable anymore. Now is the time to speak.”

Williams, who lost his wife in a car crash four years ago, said he is familiar with the feeling of sudden, tragic loss.

“I pray for those we have lost but more personally for those who have lost — the families of Ahmaud Arbery, Breonna Taylor, George Floyd and so many before you,” he said in a statement, referring to the high-profile shooting deaths of two black Americans in recent months. “I know how it feels to get that call that someone you love isn’t coming home. The pit in your stomach. The unequivocal feeling of helplessness. Dropping to your knees and imploring God ‘why?’

“I feel your pain and can truly sympathize and empathize. I wish no one would ever have to receive that call again.”

Arizona football coach Kevin Sumlin said he has spent the past week grappling with both the tragedy and the enormity of the issue at hand. Born in 1964, Sumlin said he grew up with a generation that should have done more to “correct the wrongs in America.” But he still has hope for the future.

“When I look at my football team, a true melting pot of diversity, I am buoyed by their thoughtfulness, their desire to do better and their willingness to demand change,” he said. “Perhaps this generation will be the ones to fundamentally ensure social justice in America.”

“We are all part of this and we must banish these types of injustices in not just our country, but our world,” Saban said in a statement Sunday. “The ultimate future of our nation is in our hands, and like the teams I’ve been privileged to coach, we must depend on and respect each other no matter our differences. We must come together and treat one another with respect and dignity.”

NBA Hall of Famer and Presidential Medal of Freedom recipient Kareem Abdul-Jabbar shared his thoughts on the protests raging across the country in an op-ed for the LA Times on Saturday. He also addressed the vandalism and looting that has been part of some of them.

“I don’t want to see stores looted or even buildings burn,” Abdul-Jabbar wrote. “But African Americans have been living in a burning building for many years, choking on the smoke as the flames burn closer and closer. Racism in America is like dust in the air. It seems invisible — even if you’re choking on it — until you let the sun in. Then you see it’s everywhere. As long as we keep shining that light, we have a chance of cleaning it wherever it lands. But we have to stay vigilant, because it’s always still in the air.”