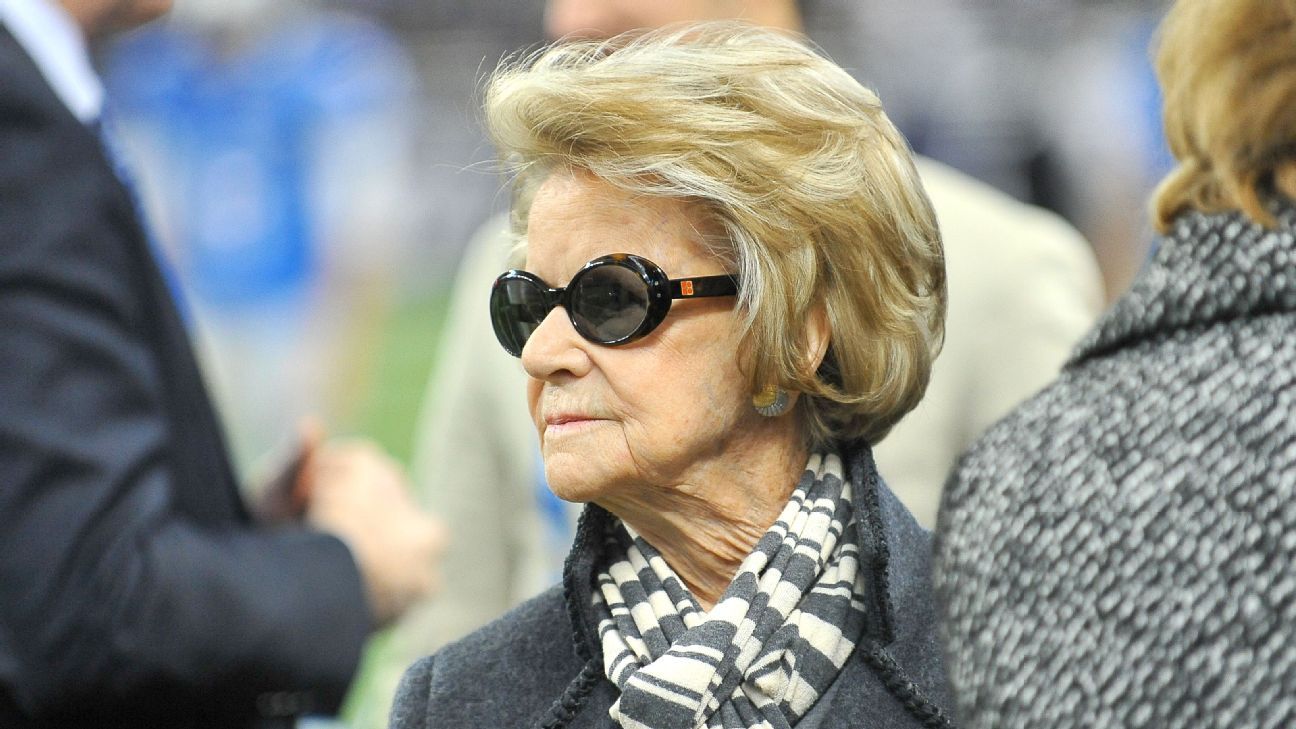 The Detroit Lions are getting a new owner — and ownership is staying in the family.

The Lions announced Tuesday that Sheila Ford Hamp will take over as the team’s principal owner and chairwoman in place of her mother, 94-year-old Martha Firestone Ford.

“My mother has inspired all of us since taking on leadership of the Lions over six years ago,” Ford Hamp said in a statement released by the club. “She has been a tireless leader to our family, our team and our community. Her smart decisions have given me a solid foundation to take the team forward.

“On behalf of the family and the team, I want to thank her for her countless contributions. I look forward to leading the Lions to excellence on and off the field.”

While the Lions never officially announced a succession plan, the common belief was that Ford Hamp would eventually take over for her mother. Ford Hamp had become more of a physical presence around the club the past half-decade, often accompanying her mother to road games and offseason events. She was also with her mother and team president Rod Wood in a December meeting with the media, when the club decided to retain general manager Bob Quinn and head coach Matt Patricia.

It was Ford Hamp, in that meeting, who ended up doing much of the speaking and answering a lot of the questions.

Martha Ford had been attached to the Lions since her husband, the late William Clay Ford Sr., bought the club in 1963. Ford took over ownership of the franchise following her husband’s death in 2014.

“It has been a great honor for our family to be associated with the Lions and with the National Football League,” Firestone Ford said in a statement. “I am gratified that this family tradition, which my husband and I began almost six decades ago, will continue under Sheila’s guiding hand.

“It is clear to me that Sheila will provide superb leadership and is fully committed to competitive excellence and community involvement.”

“Martha Ford has led the Lions with skill and grace for the past six seasons,” NFL commissioner Roger Goodell said in a statement. “I have appreciated her business insights, her love of the game, her deep commitment to the NFL, and her personal kindness. We are pleased that the Ford family will continue to own and operate this historic franchise. Sheila Hamp has become increasingly involved in team and league affairs over the past several years and we look forward to working with her and the rest of the club’s executive team.”

A resident of Ann Arbor, Michigan, Ford Hamp was among the first class of women to graduate from Yale, where she was a varsity tennis player.