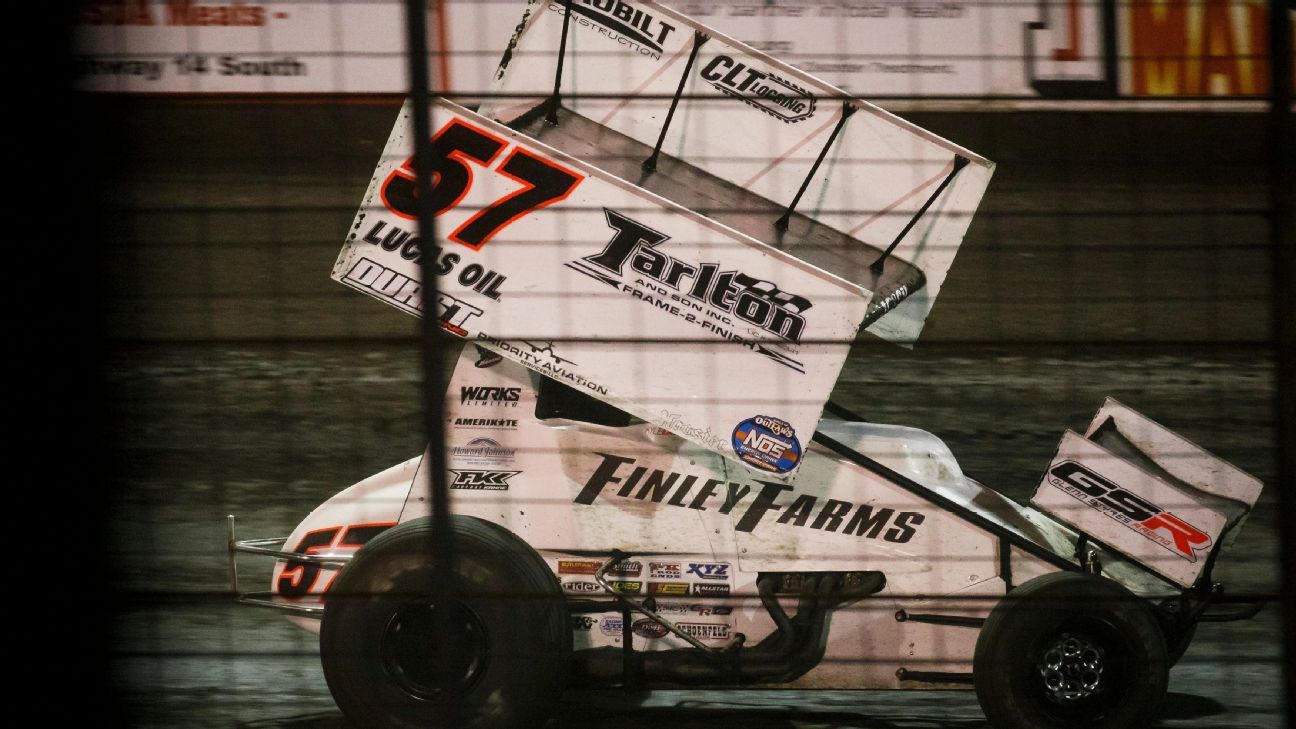 With attendance limited and other safety measures in place at Federated Auto Parts I-55 Raceway, Larson edged Brent Marks by 0.794 seconds — with Sweet third in the 40-lap feature on the one-third-mile oval.

Larson has returned to dirt racing after losing his NASCAR Cup ride with Chip Ganassi Racing for using a racial slur during an online race.

“This win means so much personally. I can’t even describe it,” Larson said.

Larson earned $20,000 for his ninth career series victory as part of the two-state Drydene Double Down Invitational, with Ricky Thornton Jr. also getting $20,000 for his Late Model victory at Jackson Motorplex in Minnesota in a race run without fans at the track Saturday.

The Sprint Car series returned last week at Knoxville Raceway in Iowa for a race run without fans. The series also plans to limit attendance next week for a Friday-Saturday doubleheader at Lake Ozark Speedway in Eldon, Missouri.

On Friday night in the Peavley opener, Sweet edged Larson by 0.189 seconds in the 30-lap feature. In qualifying Friday, Larson became the first Sprint Car driver to break 10 seconds at the track, turning a lap in 9.995.

On Friday at Jackson, Canadian Ricky Weiss won in the series’ return from the pandemic break.