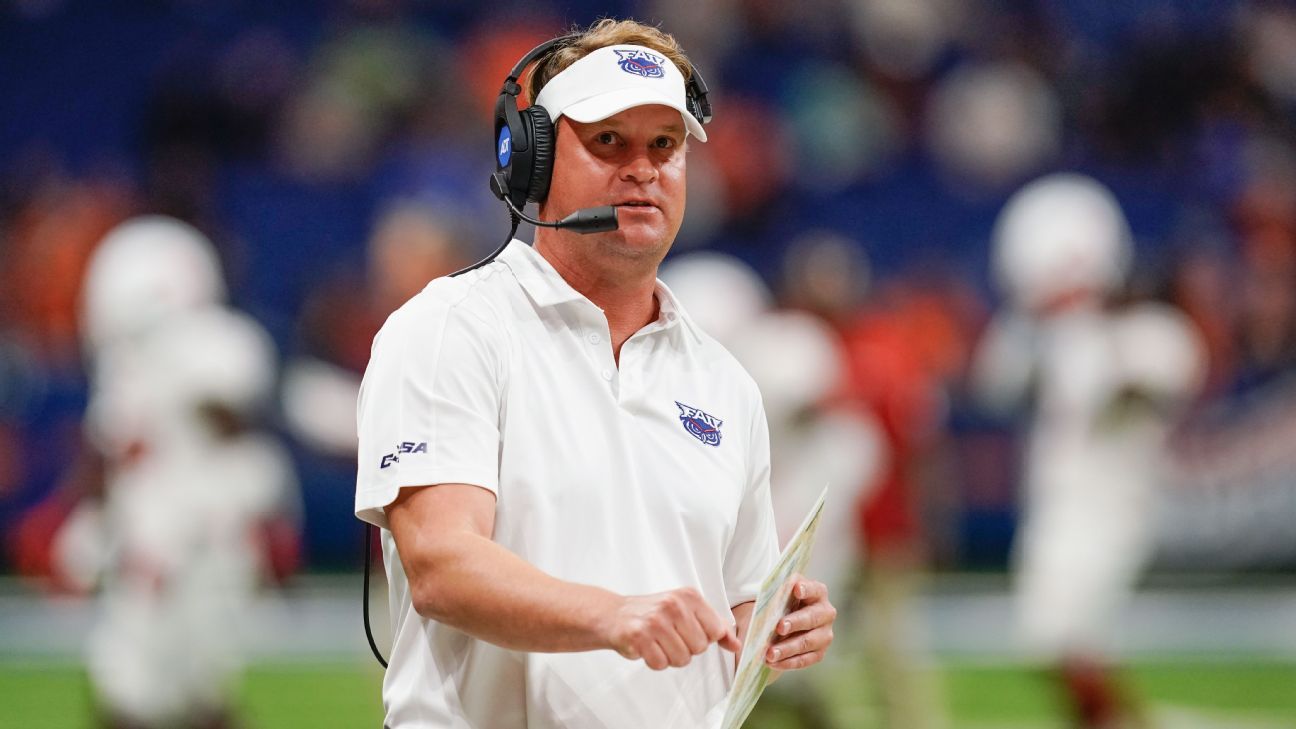 Football coaches Lane Kiffin and Mike Leach were part of a contingent from Ole Miss and Mississippi State addressing the state legislature Thursday and lobbying for the Confederate emblem to be removed from the Mississippi flag.

“We removed the flag from our campus five years ago, so we’ve made it clear that it doesn’t represent who we are at Ole Miss,” Kiffin told ESPN. “Today is another big step in doing our part to move the state forward and ensure a more welcoming environment for everyone. This is extremely important to me and to our players. Time to change!”

Kiffin, who was hired by Ole Miss in December, told ESPN earlier this month that he “fully supported” the wishes of his players to have a statue of a saluting Confederate soldier moved from its spot on Ole Miss’ campus.

The SEC and NCAA both announced last week that NCAA postseason events would not be played in Mississippi until the state flag is changed. Conference USA, of which Southern Miss is a member, made a similar announcement Monday.

Kiffin and Leach, who was hired in January, were part of a group of 46 coaches and administrators from eight public universities in the state who were scheduled to address the state legislature on Thursday. The group included the Ole Miss and Mississippi State athletic directors, men’s and women’s basketball coaches, and several other coaches, according to spokespersons at both schools.

The eight public universities in the state of Mississippi issued a joint statement on June 19 condemning the state flag.

MSU WBK Head Coach Nikki McCray-Penson spoke at a Mississippi IHL press conference with other coaches, athletic directors and administrators expressing support for changing the state flag. University rivals stood united together for a new flag that unites rather than divides us. pic.twitter.com/wDXKVnZXeN

Mississippi State running back Kylin Hill tweeted earlier this week that he would not be “representing this state anymore” until the flag is changed.