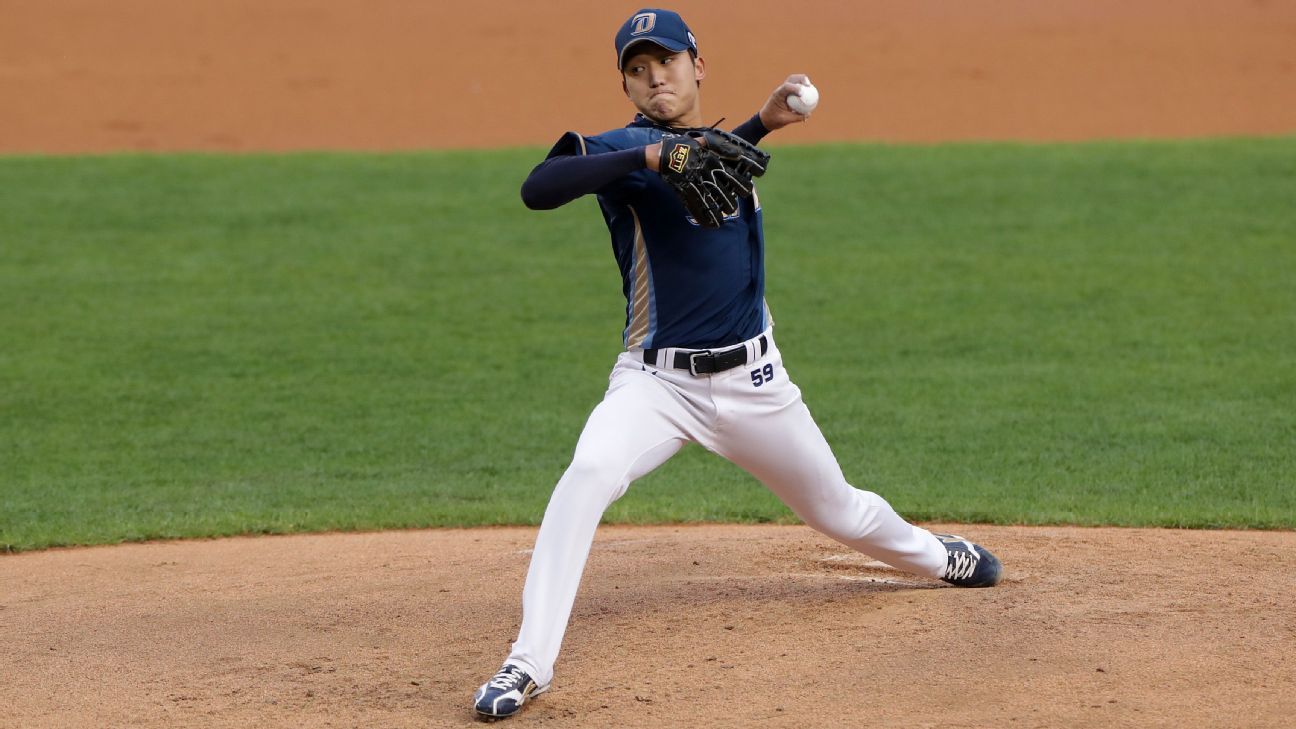 The crowd of teams atop the standings in the KBO seems to be getting tied up even tighter, but with the NC Dinos still out in front, it remains to be seen which of the league’s traditional powers might step forward to take them down a notch. Our voters still have plenty of faith in them, but things are getting interesting as the season heads into the summer stretch.

Here’s a look at the week that was and what’s ahead in the KBO.

1. NC Dinos: 28-12 (Last week: 1) — Losing two games in a row to the Tigers (with the bullpen failing to hold leads in both) wasn’t a great start for the KBO’s best team, and not even a homestand against Hanwha could save the Dinos from a losing week (2-3). Nevertheless, lefty Chang-Mo Koo is outclassing the rest of the league on the mound, adding his eighth quality start in eight turns with a 0.82 ERA and a perfect 6-0 record. Koo has yet to allow more than one earned run in a start and has allowed two runs just once.

2. LG Twins: 25-16 (2) — The Twins barely missed a beat with slugger Roberto Ramos out with a back injury; LG went 4-1 in his absence. Unfortunately, his presence didn’t help them against Doosan’s blistering offense, as Twins pitching gave up 29 runs in the weekend series. On the plus side, all-time KBO hits leader Yong-taik Park had his first four-hit game of the season; after seeing his 10-year streak of hitting .300 snapped last season, he’s back up at .311 so far.

3. Doosan Bears: 25-16 (3) — Sweeping the Twins over the weekend — and continuing their dominance over them, having won 29 of their past 37 matchups — elevated the Bears into that tie heading into what could be a big week for them, as they start off facing the lowly Eagles before what looks like a now even more significant series hosting the Dinos at home.

4. Kiwoom Heroes: 25-17 (4) — Jung-Hoo Lee’s 11-hit week helped spark a five-game win streak that the Heroes carry over into the new week. Lee is now third overall in the batting title race at .381 and third in total hits with 61, tops among native Korean hitters. And with former Cub Addison Russell signed this past weekend, Heroes hitting could be even more dangerous.

5. Kia Tigers: 23-18 (5) — If not for getting swept by the Bears earlier this month, the Tigers might be the KBO’s hottest team, winning 11 of their other 14 games as they regroup from their slow start. With the Giants and Heroes on deck, they need to prove they can keep that momentum going to enter the league’s top tier.

6. Samsung Lions: 20-22 (7) — The Lions’ lineup had another one of its big weekend breakouts, putting up its fourth game scoring 12 or more runs on a Saturday or Sunday in the young season, this latest time at the expense of legendary Tigers hurler Hyun-jong Yang, who earlier this season had become just the fifth KBO pitcher to surpass 140 career wins.

7. Lotte Giants: 20-21 (6) — Despite a 2-4 week, the Giants at least got the benefit of seeing staff ace Dan Straily take over the KBO strikeout lead with a 12-whiff effort against the Heroes … in a game they lost by one run in extra innings. Though veteran sluggers Dae-Ho Lee and Jun-woo Jeon have combined for 15 home runs, that’s as much of the rest of their hitters combined.

8. KT Wiz: 18-23 (8) — A trio of one-run wins powered the Wiz to a five-win week to make a bid to escape the bottom tier of the circuit. Though Mel Rojas Jr. (tied for first in HRs, second in average and RBIs) has a shot at a triple crown, with 20-year-old slugging phenom Baek-ho Kang crushing five home runs in his past 10 games and Jeong-dae Bae’s breakout season (.922 OPS), the Wiz lineup extends well beyond Rojas.

9. SK Wyverns: 12-29 (9) — Jeong Choi’s climb up the KBO home run list is about all the Wyverns have going for them these days. Choi, who had four homers in four days after hitting just two through June 13, passed Jong-hoon Chang on Thursday to move into third place all time with 342 homers.

10. Hanwha Eagles: 10-32 (10) — The thrill of Hanwha snapping its 18-game losing streak didn’t last. The Eagles have 12 losses by five or more runs, four more than any other team in KBO. The silver lining? Warwick Saupold has beaten the Dinos and Bears in his past two starts.

The week that was and what’s ahead

One thing to know that happened last week: Jeong Choi’s ascent into KBO home run history with the Wyverns now that he’s third all time. Next up: Choi takes aim at Joon-hyuk Yang, whose 351 career blasts rank No. 2.

One thing to watch this week: That weekend series between the Dinos and the Bears should be exciting. The Bears are the reigning champs, and eliminated the Dinos in the playoffs in 2015, 2016 and 2017.

Highlight of the week: Check out Kiwoom’s walk-off win on a mad dash for home. The Heroes’ hero? Third-string catcher Hyo-sang Ju, whose pinch-hit walk-off double was his first hit of the season.

Kiwoom with the walk-off win tonight vs Lotte pic.twitter.com/6gwJ8lIKV3

Bat flip of the week: When the bat flip is even smoother than the home run swing.

Viral moment of the week: You’ve got to hand it to Josh Lindblom, now with the Brewers but still embracing his time in the KBO. But Milwaukeeans probably want to hear him do “Roll Out the Barrel.”

This is what happens when an American pitcher from Indiana comes to Korea… spends 5 seasons and wins #KBO MVP. @JoshLindblom52 pic.twitter.com/KPtWbHmmCv

Stream live KBO games and replays on the ESPN App