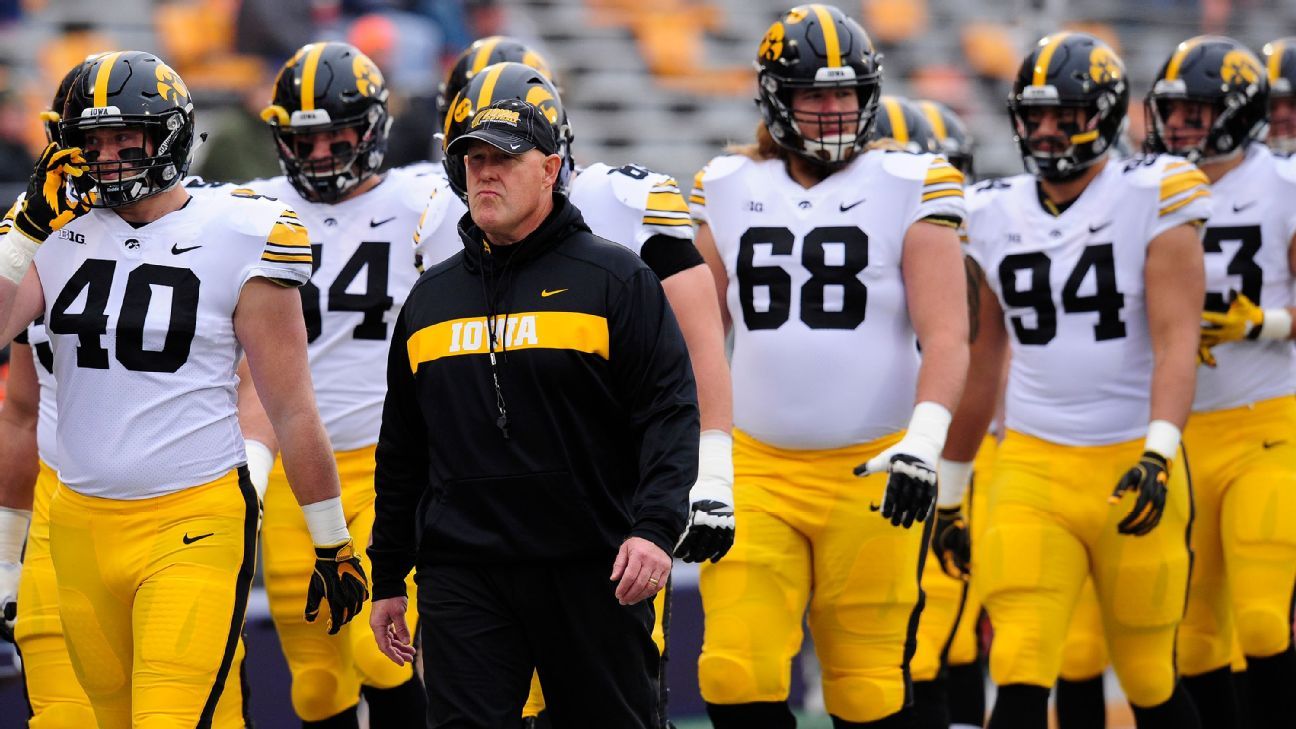 The agreement, signed Sunday, is effective immediately. Doyle will receive 15 months’ salary, which equates to two payments of $556,249.50. He and his family will receive benefits from Iowa for 15 months or until he finds employment elsewhere. He is also prohibited from seeking employment at Iowa or holding strength and conditioning camps at the university.

Doyle, who had led Iowa’s strength and conditioning program since 1999, was placed on paid administrative leave June 6 after a large group of former players had spoken out about mistreatment in the program. Most of the allegations came from black players and centered on Doyle, the nation’s highest-paid strength coach at $800,000 annually.

“Iowa City has been home to our family for 21 years,” Doyle said in a prepared statement. “I am grateful Iowa football provided an opportunity to work with incredible players, coaches, and support staff. I have worked diligently to make a positive impact on the lives of student-athletes, support them as they speak out, and look forward to continued growth. I am confident that my record and character will be confirmed in the course of the independent review. The university and I have reached an agreement and it is time to move on from Iowa football. My family and I are looking forward to the next chapter.”

In a June 7 statement, Doyle said he never “crossed the line of unethical behavior or bias based on race.” Former players alleged Doyle disparaged, demeaned and bullied them while in the program.

Iowa athletic director Gary Barta will address the media at 2 p.m. ET, but Iowa stated in a news release announcing the separation agreement that it will not be commenting further on Doyle pending an independent review. Doyle’s son, Dillon, a linebacker for Iowa, announced last week he would be entering the NCAA’s transfer portal.

Raimond Braithwaite will continue as Iowa’s interim director of strength and conditioning. Braithwaite has been an assistant under Doyle since 2008 — he also worked with the program from 2002 to 2004 — and led last week’s voluntary team workouts.

Ferentz on Friday reiterated his support for the remaining coaches and staff, none of whom have been placed on leave or had their roles altered. He declined to comment on Doyle or the allegations, only saying that keeping Doyle in his role “just wasn’t a workable environment” amid the review.

Doyle led Iowa’s strength and conditioning program throughout Ferentz’s tenure. Ferentz said many of the allegations from former players concerning Doyle came as a surprise to him.

“Coach Doyle probably has more power than any position coach there,” former Iowa defensive back Diauntae Morrow told ESPN last week. “If Coach Ferentz is the CEO, Coach Doyle is the COO. Coach Doyle is the longest-tenured coach with Coach Ferentz, so what does that say? You’re working with the guy for that many years, you mean to tell me you don’t know what type of person he is?”

This was not the first time Doyle was embroiled in controversy.

In January 2011, 13 Iowa players were hospitalized with rhabdomyolysis, a stress-induced syndrome that can damage cells and cause kidney damage, following a strenuous squat workout led by Doyle. Iowa commissioned a review and found that similar workouts had been done in the past but that the timing of the workout, after the winter break, likely contributed to the hospitalizations. The review found that Doyle did not use the workout to punish players. In April 2011, Ferentz named Doyle as Iowa’s assistant coach of the year.