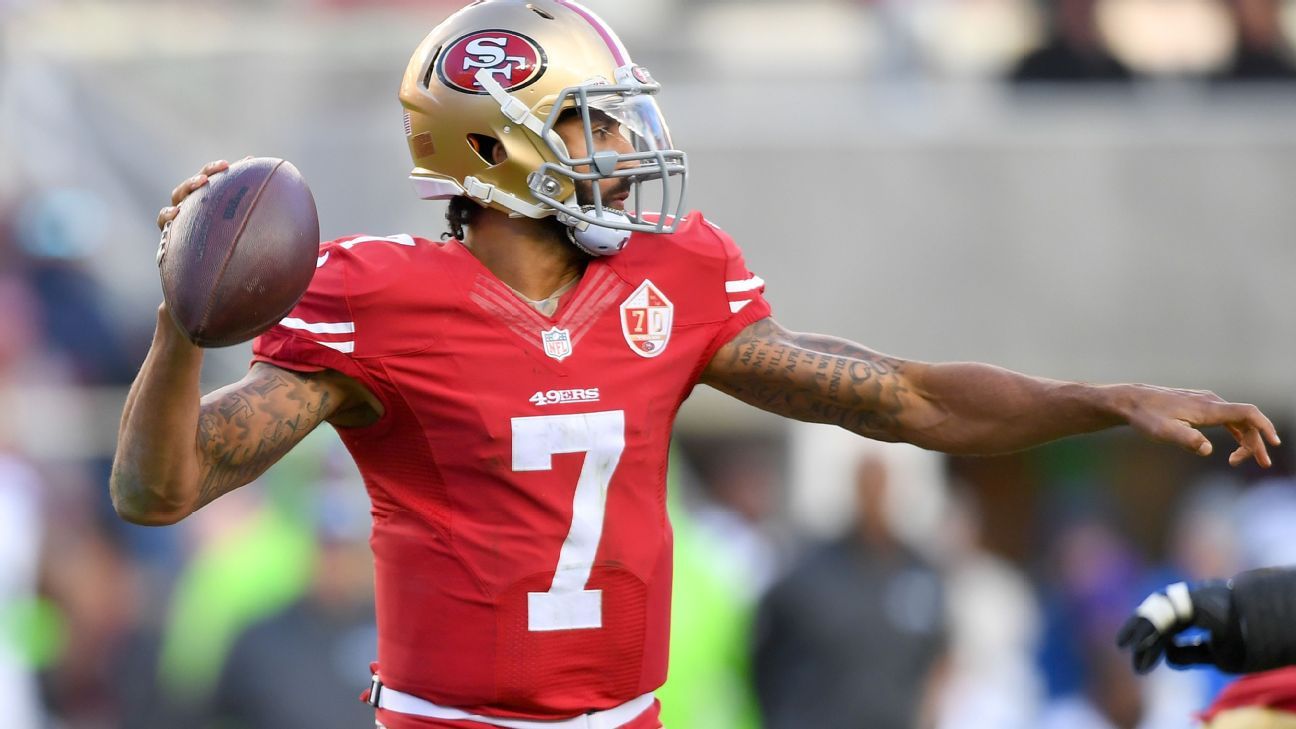 Kaepernick, 32, has not played since the 2016 season, when as a member of the San Francisco 49ers he kneeled during the national anthem to protest racial inequality.

In a conversation with Mike Greenberg for ESPN’s “The Return of Sports” special, Goodell said it would be up to a team to sign Kaepernick and welcomed his voice on discussions of social issues.

“Well, listen, if he wants to resume his career in the NFL, then obviously it’s gonna take a team to make that decision,” Goodell said. “But I welcome that, support a club making that decision, and encourage them to do that.

“If his efforts are not on the field but continuing to work in this space, we welcome him to that table and to help us, guide us, help us make better decisions about the kinds of things that need to be done in the communities. We have invited him in before, and we want to make sure that everybody’s welcome at that table, and trying to help us deal with some very complex, difficult issues, that have been around for a long time.

“But I hope we’re at a point now where everybody’s committed to making long-term, sustainable change.”

Earlier this month, Goodell released a video apologizing on behalf of the NFL for not doing a better job of listening to players’ concerns on racial inequality, but he was criticized for not mentioning Kaepernick by name.