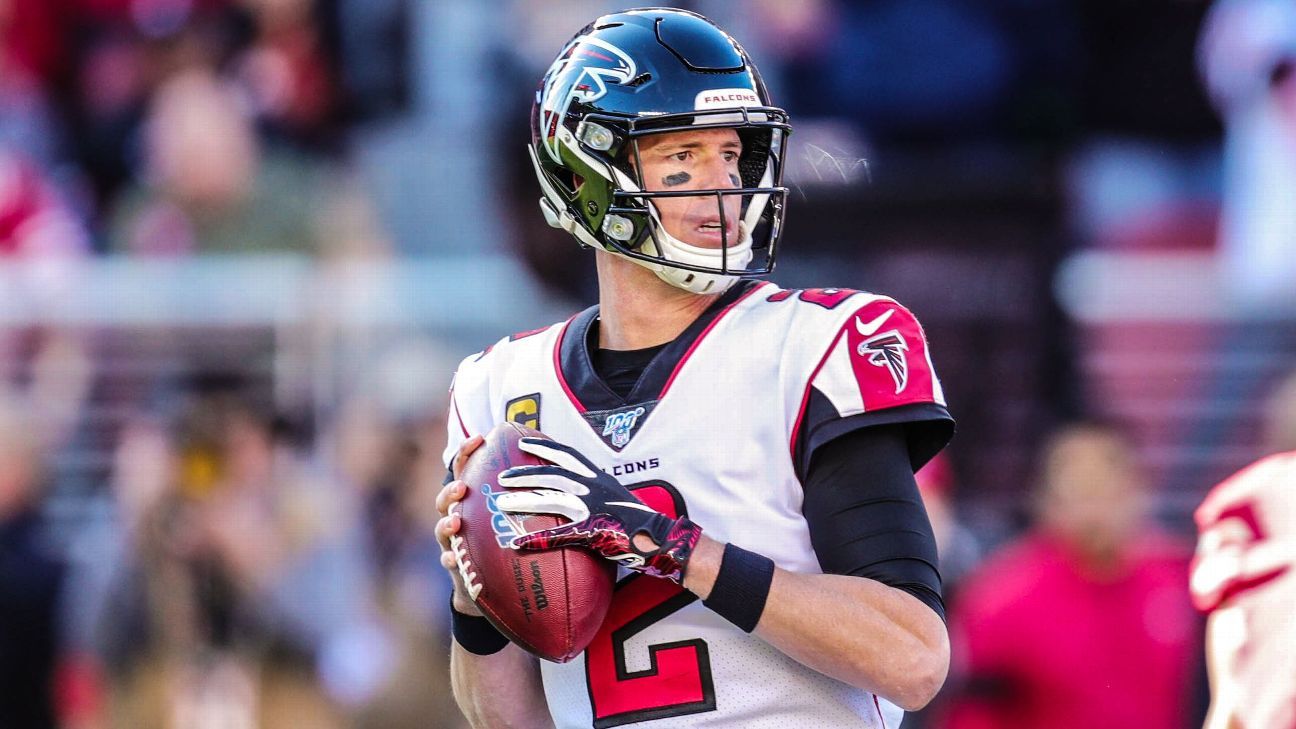 In the aftermath of George Floyd’s death, Atlanta Falcons quarterback Matt Ryan is donating $500,000 toward a GoFundMe fundraiser he established, aimed at advancing lives in the black community of Atlanta.

Ryan, who wears jersey No. 2, has set a goal of raising $2 million.

Floyd, who was black, died last week in Minneapolis after Derek Chauvin, a white police officer, kneeled on his neck for more than eight minutes. The incident was caught on video. Chauvin has been charged with second-degree murder.

Racial injustice has moved to the forefront of national conversation and sparked protests across the country. Floyd’s death was the tipping point after a number of fatal encounters involving black people, including the killing of Breonna Taylor by Louisville police officers and the shooting death of Ahmaud Arbery, which led to murder charges against three white men in Georgia.

“It was really difficult to watch,” Ryan told ESPN about his reaction to seeing the Floyd video. “Basically it was like, ‘This can’t happen anymore. That isn’t acceptable. This has to stop.’ That’s where my head was at.”

Ryan explained why he decided to take such action.

“Last week I made a commitment to listening and learning, and one of the messages that hit home for me was the difference between reacting to a situation and responding to a situation,” Ryan said in a statement. “For far too long, I have reacted to social injustice with empathy and silent support but failed to follow through with active support. I feel the time has come to RESPOND. For ALL of us to respond.

“I see my city hurting, which is why I’m starting a fundraiser to help improve conditions for people of color in the city of Atlanta. … Over the next few weeks, months I’m going to listen to the needs of the black community and get guidance on how I can be most impactful. I’m going to get input from local grassroots organizations as well as community leaders who are committed to making change.”

Ryan already made an impression on his teammates when he spoke out on Instagram after Floyd was killed.

“My heart goes out to all of those who loved George Floyd, and all those who have been impacted by similar tragedies,” Ryan wrote. “I know that I cannot fully understand the depth and complexity of these issues because of the color of my skin, which is a sad testament to all of the work we have left to do. I know I am only one man, but I also know I am committed to doing what I can. That commitment includes listening and learning with all humility and compassion. It is the least I can do. IT is the least WE all can do.”

“For Ice to show the support and that he’s got love, it’s really just an acknowledgement that he understands,” Allen said. “For Ice to come from probably a totally different background and place in life then I come from — and I can’t expect him to fully feel what it feels like to grow up in the hood or what it truly feels like to be a black man in America — but for him to actually take that stance and say that and let us know that he feels us, I appreciate that.”

“We’re at a point where it’s no longer good enough to silently or quietly tell your teammates, ‘I’ve got your back.’ That hasn’t worked. It hasn’t changed anything,” Ryan told ESPN on Friday. “I think that time has come. It’s time for people to not be silent on issues. I can’t stay silent on it anymore. I don’t know the right things to say. I can’t put it into words. But I want to let people know that I’m supporting. And I’m going to try and educate and listen the best I can to people who know this situation better than myself, and to try and be empathetic and follow through to make an impact.

“I think the inspiration comes from really sitting in the virtual team meeting on Monday and hearing Mayor Keisha Lance Bottoms speak about providing hope,” Ryan added. “And just kind of following these situations more and getting to a point where silence or lack of follow-through on my end, it’s just not good enough anymore. I think a lot of people — white people — don’t know the right things to say or how to say them, and I’m included in that. But I feel like with the platform that I have, this is my way to speak up and say ‘I want to help and I’m here to listen. I’m with you in trying to make things better.'”