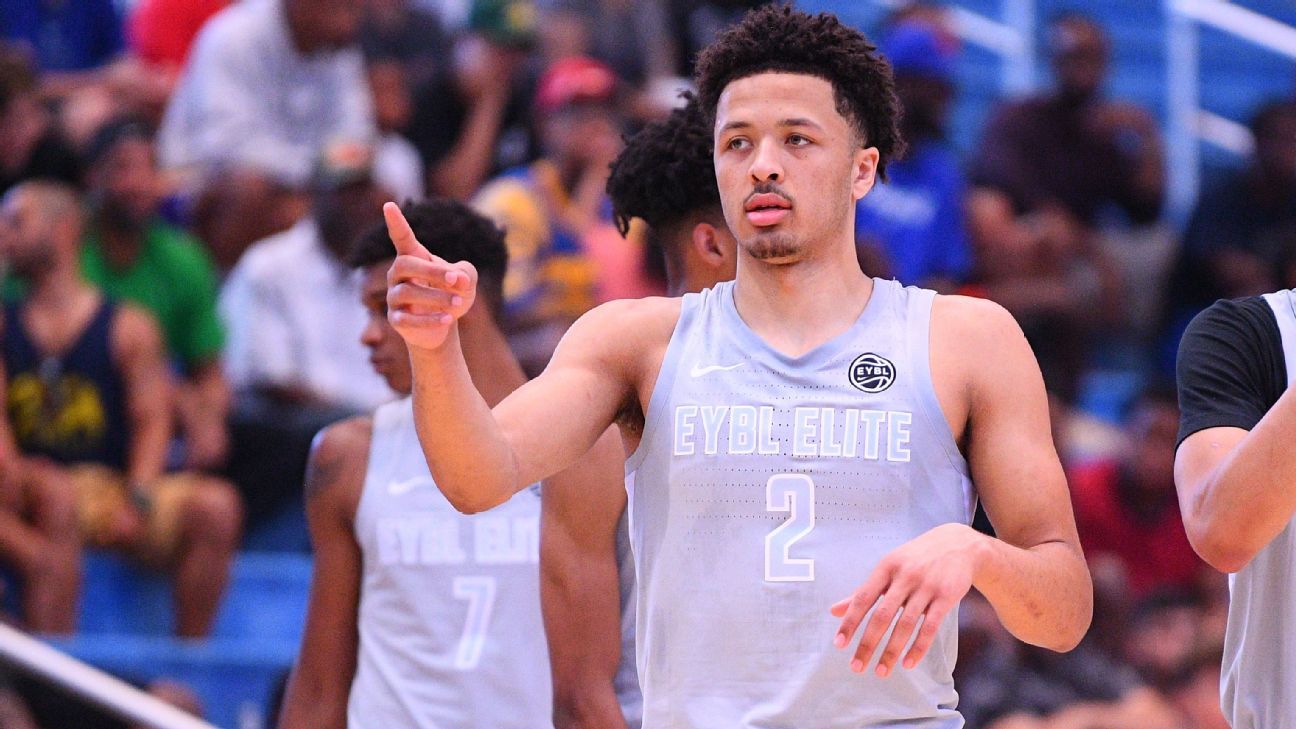 Potential No. 1 NBA draft pick Cade Cunningham announced Monday that he is sticking with his commitment to Oklahoma State despite the NCAA giving the Cowboys a postseason ban for next season.

Cunningham had considered other options over the past couple of weeks, including the G-League and professional routes overseas, sources told ESPN. He was always unlikely to go to another college.

The NCAA Committee on Infractions earlier this month placed Oklahoma State on three years of probation and banned the Cowboys from playing in postseason tournaments next season. Those sanctions stemmed from a Level I violation involving former associate head coach Lamont Evans.

Oklahoma State has said it is appealing the NCAA penalties.

Cunningham, the No. 2 prospect in the ESPN 100 for 2020 and the No. 1 pick in ESPN’s 2021 mock draft, originally announced his commitment to Oklahoma State back in November. He chose the Cowboys after taking official visits to North Carolina, Florida, Kentucky and Washington, in addition to Oklahoma State. Cunningham’s brother, Cannen, is an assistant coach at Oklahoma State; he was hired by head coach Mike Boynton last June and the Cowboys were the clear favorite from that point.

A 6-foot-7 point guard, Cunningham will be one of the best players in college basketball next season. He was named Naismith National High School Player of the Year this season after leading Montverde Academy (Florida) to a 25-0 record. He averaged 23.8 points, 7.0 rebounds and 5.7 assists on the Nike EYBL circuit last spring and summer for the Texas Titans grassroots program, and won a gold medal with the USA Basketball U19 National Team, averaging 11.7 points, 4.9 rebounds and 4.7 assists at the 2019 FIBA U19 World Cup.

Cunningham is the top-ranked recruit in program history.