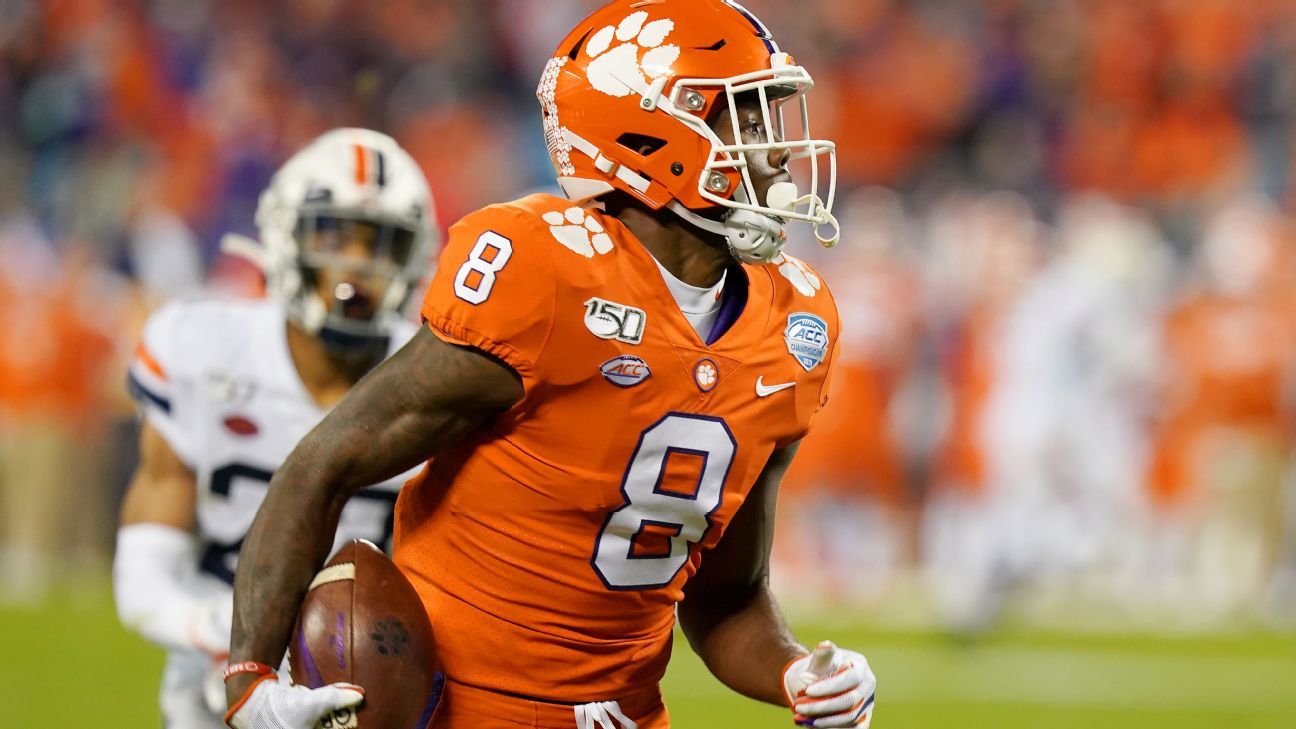 Clemson receiver Justyn Ross will miss the 2020 season, and his career could be in jeopardy after he was diagnosed with what coach Dabo Swinney called a “congenital fusion” in his spine.

Ross, who blossomed as a freshman in 2018 during Clemson’s run to a national championship, was expected to be the focal point of the Tigers’ passing game in 2020.

Ross suffered what the team thought was a stinger during a scrimmage in the final practice session before the coronavirus shutdown ended spring workouts. The next day, team doctors said X-rays revealed the issue, which Swinney said Ross has had since birth without being aware of it.

According to Swinney, Ross will fly to Pittsburgh on Thursday and undergo surgery on Friday. Dr. David Okonkwo, a leading neuroscientist, will perform the surgery.

Swinney said Ross is in good spirits and is fine physically, but that the injury is a significant concern if he were to play football.

Swinney said Okonkwo is “optimistic” that Ross will be able to get back to football at some point, but Swinney said he is unaware of any player who has undergone surgery for this issue and returned.

“In January, Justyn will have a decision to make,” Swinney said, noting Ross could either return to Clemson for a fourth season or attend the NFL combine, should the injury appear healed.