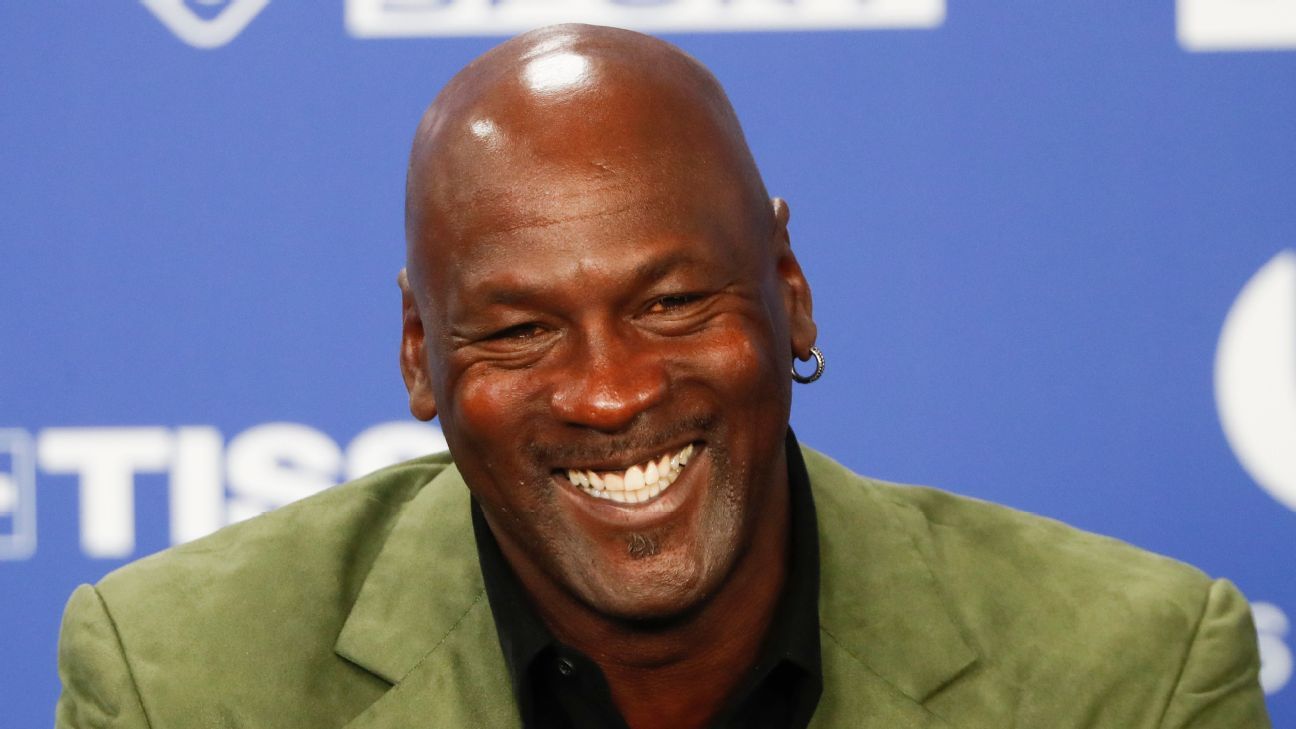 The Big Rock Blue Marlin Tournament is known as one of the biggest fishing events in the country. Fittingly, Michael Jordan entered the 62nd installment of the annual tournament and made an immediate impact.

Jordan and the crew on his boat, Catch 23, reeled in a 442.3-pound blue marlin on Tuesday, the second day of the tournament in the basketball great’s home state of North Carolina.

Video captured Catch 23 pulling in toward the docks in Morehead City, North Carolina. When Jordan emerged on the back deck of his 80-foot Viking, the crowd started cheering and whistling. The marlin then was hoisted up for the weigh-in and came in with an official listing of 442.3 pounds, drawing even more cheers as Jordan and his crew took pictures from behind with cigars in hand.

Excitement was in the AIR when Michael Jordan’s CATCH 23 backed in with their 442.3-pound blue marlin! 🎣🏀

“It’s been a while since I’ve been back in Morehead City. It’s only about 100 miles from Wilmington, and it’s always great for me to be able to come back,” Jordan said. “I’m happy to be back. Thank you for inviting me.”

Crystal Hesmer, the tournament’s executive director, said the atmosphere on shore was “electric” when Jordan’s boat, which included Tar Heel blue on the side, pulled into the dock to unload the marlin.

“Oh my gosh, for Michael Jordan to be in our same air space is exciting and thrilling enough, but for him to land a fish at our tournament and bring it in is thrilling for the entire town,” Hesmer told The Associated Press by phone. “It’s unbelievable that he’s here in our little town.”

The tournament pays out for the three largest blue marlins boated, with the winner taking home $1.1 million. There is also a $550,000 prize for the first boat to land a 500-pound blue marlin.

As of Tuesday afternoon, Catch 23’s marlin was the fifth-heaviest reeled in, so it is not eligible for prize money. But Jordan and his crew have two more days to catch a bigger marlin and collect some money. The leading blue marlin weighed in at 494.2 pounds.

Jordan said this isn’t his first marlin tournament, but it is the first one in which he has competed in North Carolina.